The world of golf might not be the same without Tiger Woods.

Yet one player who is glad he’s been around for as long as he has been is, believe it or not, Phil Mickelson. 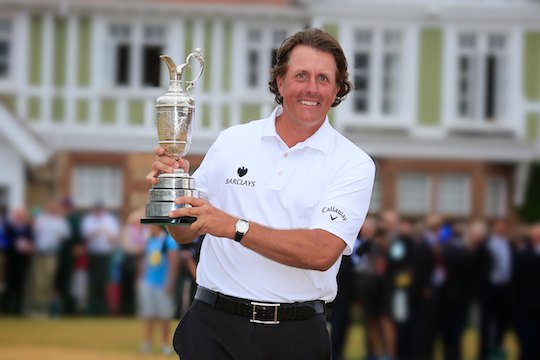 Why? You may ask. Surely Fabulous Phil would have been even more fabulous had Tiger NOT been around.

Surely he would have won more than his five major championships (three US Masters, one PGA and one British Open).

Not so, according to the man himself.

“I feel as though had Tiger not come around, I don’t feel I would have pushed myself to achieve what I ended up achieving,” said the American star.

“That’s because Tiger forced everybody to get the best out of themselves.

“He forced everybody to work a little bit harder.

“He forced everybody to look at fitness as a big part of the game of golf, and I think that’s actually helped me with longevity, working with my trainer, Sean Cochran, for 14 years now, trying to stay flexible and so forth to elongate the career.

“And I feel like that’s been a big part of it and he was a big influence on that.

“So I don’t think I would have had the same level of success had he not come around.”

Of course Phil is the consummate professional when it comes to dealing with the media and their incessant questioning.

But as he fended questions while gearing up for his 100th major, last weekend’s US PGA, his long-time rival Ernie Els who also has 100 major starts (four majors – two British opens and two US Opens) didn’t quite agree with ‘Lefty’.

“I definitely could have had a couple more [majors] without Tiger around,” he grinned.

Maybe Els feels he couldn’t have pushed himself any further than he already has.

Either way, nine majors between them assures a place in history for both these greats of the game.