Mills calls it quits in Europe

After 17 years on Tour, Sydney’s Joanne Mills has announced that the 2010 Tenerife Ladies Open in Spain was to be her last on the Ladies European Tour (LET).

Mills’ competed in 187 LET tournaments and recorded two memorable victories, but she felt the time was right to return home. 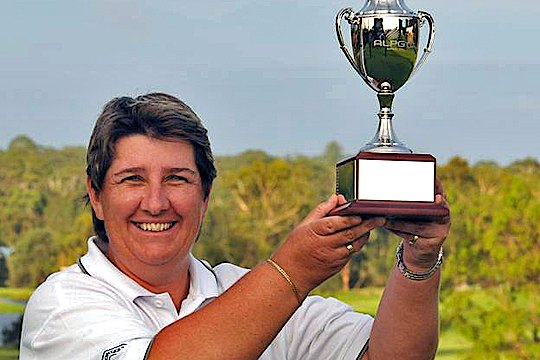 Mills calls it quits in Europe

“I just felt that, for many reasons, it was time to go back to Australia,” Mills said of her retirement.

“I’m tired of all the travelling. I’m tired mentally and have had some problems physically, so I’m looking forward to the next phase of my life.

“I’ve had a fantastic career and travelled all over Europe many times over.”

After turning professional in 1993, Mills joined the LET in 1994. She has amassed €632,273.24 in career prizemoney including those two victories – the 1997 Ladies German Open and perhaps her most memorable, the 2007 S4/C Wales Ladies Championship of Europe.

Her best seasons were in 1997 and 2007, when she finished 11th and 10th on the Henderson Money List respectively.

Mills also spent some years on the LPGA picking up US$362,491.00 in prizemoney where her best performance was a tie for sixth at the LPGA McDonald’s Championship.

Her performances at home in Australia have always been consistent, and it is a credit to her that she has returned to support the ALPG Tour every year after a long season of travelling.

Her biggest win on home soil was at the inaugural NSW Women’s Open played on her home course at Oatlands in Sydney. She has also won five Pro-Am Order of Merit tournaments and collected $228,378.31 in ALPG Tour career earnings.

Mills intention is to continue playing the ALPG Tour events in the summer months but in the long term she will endeavour to secure a future in a golf industry-related role.