But the young West Australian professional has learned the first serious lesson of his career – and in only his first few months as a professional. 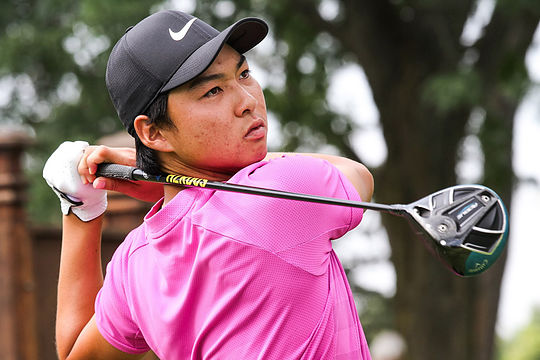 The younger brother of LPGA star Minjee Lee thought he had secured his card on the European Tour for 2020 following a string of sterling performances in invitational starts.

But it was not to be and the 21-year-old will now be forced to focus on the Australian events as he attempts to keep his game ready for the challenge of making it onto one of the world’s biggest golf tours.

The tragedy of it for Lee was that it was only a couple of shots that cost him that Tour card and he has admitted he made a mistake when he thought he had done enough to qualify.

“Well, well, this game can be so good but can also be brutal,” Lee explained on his Instagram account (@minwoo27lee).

“I missed out on a full card on the European Tour by two spots, probably only a couple of shots over the whole year.”

“I thought I had my Tour card wrapped up earlier in the year, but I was wrong. Which sucks.”

“But lesson learnt. Give it your best and every shot does indeed count. But damn, you think about a putt or a shot you missed.”

“I’ll have status next year and most likely play more events than I did this year, which is a still a pretty good effort from getting limited starts this year.”

“I’ll come back stronger and better. And always, thanks for the support.“

Unfortunately Lee had posted an earlier Instagram message to say that he had locked up his card before having to admit his mistake.

He thought his results were good enough and he had enough Race To Dubai points to get a card for the 2020 season.

He ended up in 117th – just two spots from earning his card.

Still he has been told to expect 15-20 starts next year with conditional status.