Yet for Aussie golfer Minjee Lee that placing last weekend was enough to cap her best season ever on the world’s richest women’s golf tour, the LPGA as she locked up second spot in the year’s money list. 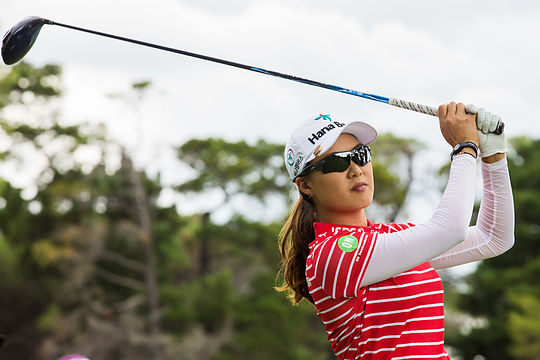 There was just one win but an amazing nine top five finishes for Lee as she banked $US1.55m, an incredible one million dollars behind runaway leader Ariya Jutanugarn.

Still only 22-years-old, Lee’s consistency has been her trademark in 2018 although she would have been disappointed with her poor finish behind Lexi Thompson at the final event of the 2018 LPGA Tour season at the CME Group Tour Championship in Naples in Florida.

Jutanugarn secured an additional million dollars in bonus money by winning the Race to CME Globe, which is contested throughout the year.

American star Thompson scored her first win since September 2017 but it was perhaps the manner of her victory that would be so satisfying for her having led from round two and extended her lead.

Thompson finished runner-up in this event 12 months ago having finished just one shot behind Ariya Jutanugarn then.

The victory took Thompson’s career earnings beyond US$9 million.

“This event is very special to me,” said Thompson. “With how it ended last year, wasn’t the way I wanted to.”

“Of course $1 million helped, but I wanted win the event.”

“Just – it’s been a long year. Just the up and downs and just the things I’ve been dealing with, they all kind of hit me this year.”

“To be able to end the year like this and just keep on fighting throughout the whole year has meant the world to me.”

“Just shows anything is possible. You have to fight through whatever you’re going through.”