Nathan Green: Where’s He Been?

Nathan Green has almost made a career out of flying under the radar. Now he’s disappeared off it completely.

The former Canadian Open champion has hardly been sighted on a golf course outside of Newcastle in the past year or so and the only golfers he has encountered are those forking out their ‘green’ fees at his brother Darren’s pro shop at Toronto Country Club. 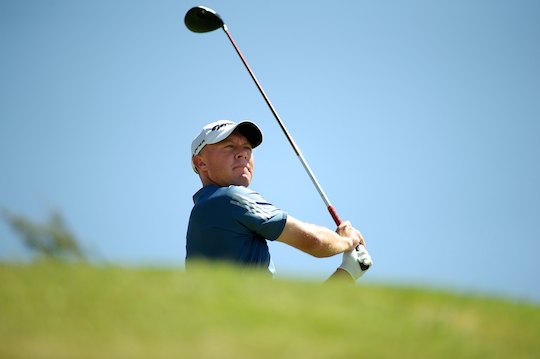 Yet Nathan Green is far from finished and has been making a low-key return to golf simply by playing in the Saturday competitions with Toronto members.

And the popular Novocastrian admits his career may be at a crossroads.

He resumed serious four-round golf at the recent Queensland Open and fired four healthy rounds of 75-72-74-72 to finish in a tie for 38th behind David Bransdon.

He also explained his reasons for dropping off the rich US Tour prematurely.

“You could call it a mid-life crisis,” he said.

“I really don’t know what happened, but I wasn’t playing great over there, I wasn’t enjoying the travel and I wasn’t 100 per cent motivated.”

“All I knew was that I really didn’t really have it any more at that level. I have a young family and in the end it was an easy decision to come home.”

“I’ve not really closed the door on playing but just have to see how things go for a while.”

Now 40, only time will tell if Green finds his way back to the US.

“I played really well in my early days on the US Tour and competing against those really good players made me realise I could be competitive,” he said.

Green is very much a family man and has also been helping his brother do some coaching at Toronto.

But there is still some fire burning in that belly and he may yet have another crack at beating the best players in the world.

“It will be good to get out with the boys again,” he said.

Nathan Green is back where he belongs.