Navarro: The caddie who said no to Tiger Woods

It’s unlikely that anyone has caddied for more golf stars than Tony Navarro.

And with a resume that includes names like major champions Greg Norman, Raymond Floyd, Adam Scott, Seve Ballesteros, Angel Cabrera, Ben Crenshaw, Hal Sutton, Gary Woodland and Jeff Sluman, it’s hard to believe that Navarro may be remembered for something else completely. 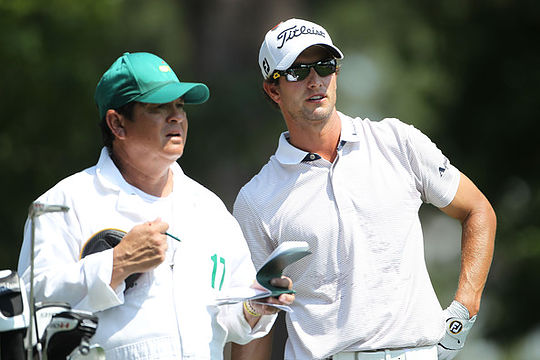 He was the man who actually said ‘no’ to Tiger Woods.

Loyalty means more to Navarro than just about anything and even when the chance to caddy for a player destined to be one of the greats of the game came along, Navarro was unmoved.

One of the game’s leading instructors and one who has worked with Woods, Butch Harmon revealed in an interview with the Caddie Network that the opportunity to caddie for Tiger Woods came along when the multiple major champion had parted ways with Mike “Fluff” Cowan in 1999.

“I told Tiger there were two guys he should hire – Tony Navarro or Steve Williams,” Harmon, who was Tiger’s instructor at the time, explained.

“I spoke with Tony first. But he said, ‘No, I’m still working for Greg (Norman),” he said.

“And that’s the kind of guy that Tony is.”

“He’s incredibly loyal. Whoever he works for, he’s 100 per cent invested in that person.”

“That says a lot about Tony’s demeanour and how hard he works.”

“All these guys came to him. Caddies don’t solicit guys…the player picks the caddie. These guys all wanted Tony to work for them.”

“I consider myself a fortunate person,” Navarra revealed in his interview with the Caddie Network.

“Caddying takes a little time, but once things start going your way, it’s well worth it.”

Navarro’s loyalty has seen him develop amazing relationships with all the pros he has worked for.

Floyd says he treated Navarro like a son and they became extremely close friends.

Norman, too, was close to Navarro and they remain firm friends to this day.

Woods? Well, even he and Steve Williams eventually parted ways and have had little to do with each other ever since.