It might be one of the most anticipated watch auctions in sporting history.

18-time major champion Jack Nicklaus has decided to auction his iconic Rolex Day-Date gold watch and donate the proceeds to the Nicklaus Children’s Health Care Foundation, which he founded in 2004 with his wife, Barbara, to focus on the diagnosis, treatment and prevention of childhood illness.

With a history that dates back to 1967, Nicklaus’ Rolex has been on his wrist for 12 of his 18 majors and countless Tour wins along with all facets of his daily life from deep sea fishing and scuba diving to helping raise his five children and 22 grandchildren.

“To know that 100 percent of the money raised from the sale of something on my wrist, that I have treasured for over a half-century, will directly benefit paediatric care is a treasure of the heart,” said the 79-year-old about the sale. 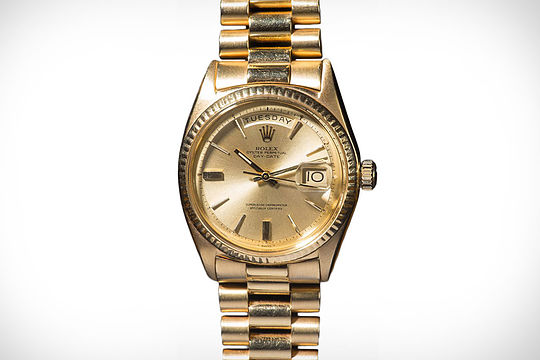 So the million dollar question…what is it worth?

While Newman was, of course, a major movie star and well-known for his race car driving, his watch was not a fixture on his wrist like Nicklaus’, who has only ever owned the one watch.

Nicklaus’ Rolex can be seen in every trophy shot – and there were many – and is synonymous with one of the greatest golfers, if not the greatest, of all time.

We will have to wait until December 10th to find out just what price it can fetch but there’s little doubt it will be significantly more than the $300 it was worth in 1967.