No Tiger roar until Australia

On the back of a Captain’s pick and much anticipation from Australian fans, Tiger Woods is set to return to Melbourne next month for the Presidents Cup, the location of his last tournament win back in 2009.

Much has changed since Woods lifted the crystal ball trophy at the JBWere Masters with a self-imposed exile to deal with personal problems and a period plagued with injury and average tournament results. 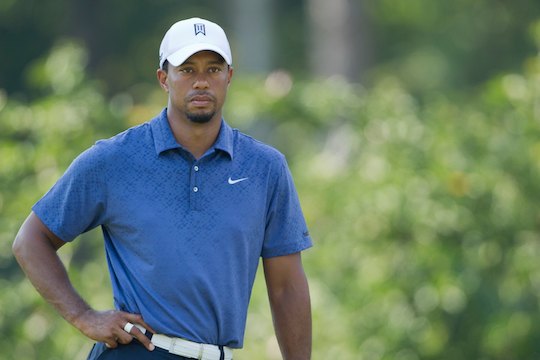 Woods gathered some momentum last week in the Frys.com Open, his first showing since the PGA Championship in Atlanta.

Forget about the fan who missed his target with the half eaten hot-dog on the seventh green on Sunday, Woods’ irons were also short of the target all week despite the former world number one closing the tournament with three straight rounds of 68.

He finished tied for 30th, 10 shots behind eventual winner, Bryce Molder, who took 134 events and then six extra holes to win his first PGA Tour event.

The signs where there in Woods’ game as golf’s biggest star tried to regain his form after two years of scandal, injury and mediocre play. The question that begs the answer after Woods competed in the Frys.com Open is, “Why stop now?”

Tiger returns into hiding, confirming last Sunday that he won’t play again until the Australian Open at The Lakes the week before the Presidents Cup starts at Royal Melbourne.

Since mid-November 2009, shortly before the infidelity scandals began breaking in the media, Woods has been winless worldwide for 22 months, the longest streak without a title in his professional career.

Missing the cut at the PGA Championship was another body blow as it meant that Woods finished outside the top-125 for the FedEx Series and it imposed a five week time-out on the PGA Tour. It also meant he needed to play the Fall Series to have any match fitness leading into the Presidents Cup.

The weight of expectation lies heavily on this iconic athlete. Many are anticipating a return to world domination and Woods himself sees no reason why he cannot regain his number one world ranking and add to his already impressive major and tour victories.

His performance at the Frys.com Open, while encouraging, suggested this quest will be neither quick nor easy.

The 35-year-old talked about feeling healthy for the first time in a long time, getting comfortable with his new swing for a few holes at a time. The problem was he began to feel he was slipping back into old, bad habits.

“I got better every day,” said Woods at Sunday’s press conference.

“Unfortunately, there were a couple times where I kind of didn’t get the momentum going when I had a couple of chances to make putts or I hit a bad shot.”

Tiger admits that he’s lacking match fitness. Yet it is hard to understand his rationale for not playing until the Australian Open.

“I haven’t played much. That comes with competitive flow, understanding the situations and feels, and game time is a little bit different. I really haven’t played a whole lot since the Masters.”

But not all of last week’s developments took place on the course and Woods has pointed out that his schedule is complicated with business and personal commitments.

Woods signed an endorsement contract with Rolex and there was speculation about another deal with Fry’s, a retail electronics chain. The sponsors are returning to the Woods camp, a turnaround from late 2009 when the Woods image was in tatters and sponsors left him in droves.

Despite all his troubles, both on and off the course, no one generates as much attention and excitement as Tiger Woods and the attention is returning. Woods needs to bank some results, expectations are growing both on the corporate and fan front.

Golf has not seen enough of its biggest star these last few years. In addition to a self-imposed exile, he has needed time off to recover from knee and tendon injuries. Claiming now to be fully recovered and fit, you would have thought playing tournament golf was the next step.

Before the Frys.com Open, Woods had played only 6 rounds of competitive golf in six months and had fallen out of the top 50 world rankings for the first time in 15 years.

Playing in Melbourne presents another challenge, Woods must validate captain Fred Couples’ controversial decision to put him on the team as a wild-card pick.

With 14 majors so far, Woods is far from a spent force but he needs to bank a winner’s cheque and perform well in Australia. That will require staying healthy and doing something he hasn’t done for a while — playing a full schedule to be match-ready when it counts.