Nobilo: Tiger had an unfair advantage

Some would suggest that Tiger Woods was so good at his peak that he could have used a gutta percha ball and still beaten the rest of the world.

Yet leading commentator, New Zealander Frank Nobilo might not agree. 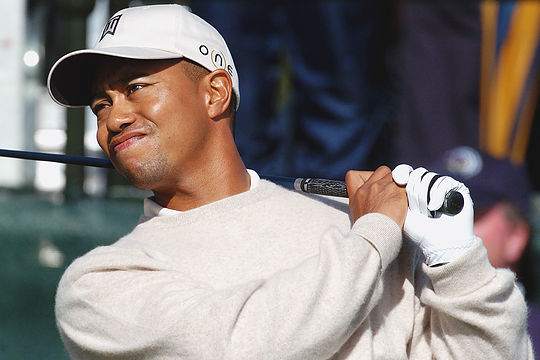 Renowned as one of the world’s best analysts of the game, Nobilo has suggested that Woods’ dominance might also have been because he was playing a better golf ball than everyone else.

Woods was among the first of the top professionals to make the switch to a solid ball from a wound ball.

And Nobilo suggested it might not have been a co-incidence that Woods won 15 times around the world in 2000, just after making the switch, in his best-ever season.

At that stage he was one of the few players not using a wound ball.

“A lot of people look at 2000 as Tiger at his best, but it was probably the first and only time in his career that you could argue that maybe he had better equipment than the rest,” said Nobilo.

“Just a handful of guys had gone to the solid ball. The rest of us all thought a wound ball was better.”

Of course all the players now use solid, multi-layered urethane-covered balls as it is acknowledged they offer more control.

“Everybody caught up about a year or two later (with ball technology) and Tiger was still better, but not by quite as much,” said Nobilo.

“Everybody is now using the same type of equipment so it’s hard for any one player to get that technological jump ahead that I believe Tiger had in 2000.”

“He obviously had the skills too. But maybe that’s why it wasn’t a fair fight.”

Another pioneer of the solid ball was Stuart Appleby, who switched way back in 1995 with happy results, including several wins on the USPGA Tour.

The Victorian now says it was immediately obvious how much more stable and consistent it [the ball] was in flight.

Yet Appleby admitted Woods was still the best:

“Tiger had an edge anyway,” he said. “I don’t know if he needed more of an edge.”

“I think there was an advantage but he could have hit anything [and still won].”