Norman: I would have beaten Tiger Woods

Greg Norman has never been lacking in confidence.

Let’s face it, you don’t win two British Opens and ride the crest of a wave as the No.1 player in the world for as long as he did if you lack that confidence in your own golf game. 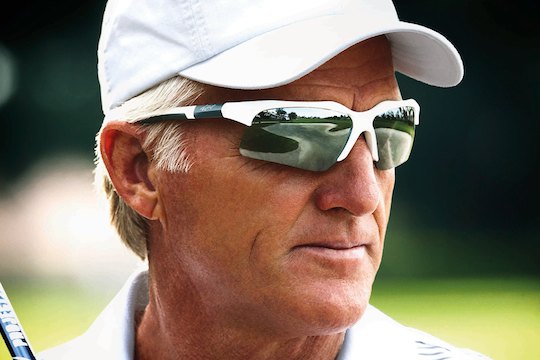 And The Great White Shark is not being big-headed when he suggests he would have been more than a match for Tiger Woods when he was at his peak.

Or Ben Hogan or Phil Mickelson or Sam Snead for that matter.

Even in his late 50s, the Shark still finds himself being quizzed about how he would “stack up” against today’s star players if he had the use of modern-day equipment.

“It’s not about the gear,” Norman explained in a recent interview.

“Equipment dictates how to play the game in an era, but the physical and mental skills are still the same.”

Norman said he never feared anything or anyone on the course and he was never afraid of failure.

“So I think I’d do pretty well against Snead, Hogan, Tiger and Phil – whoever,” he said.

“I probably would have beaten him.”

“Send five guys out onto Augusta National with hickory-shafted clubs and gutta-percha balls, and the guy with the most talent will always win,” he said.

“Technology allows you to extract certain things from your equipment, but how you extract it is dependent upon your ability to swing the club.

“Science can only take you so far.”