Greg Norman has posted a heartfelt tribute to his father, Merv, following his passing aged 95.

The two-time major champion took to Instagram to make the announcement on behalf of his family. 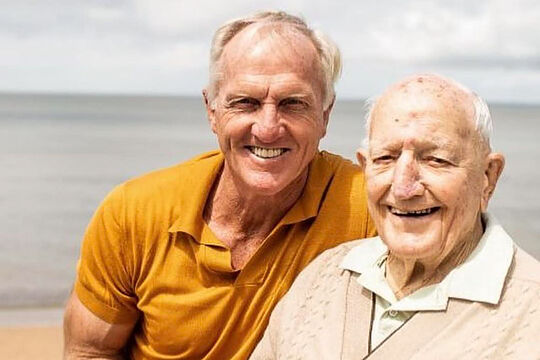 “In life we take things for granted especially when you have someone around for 95 years. When you lose that person they are gone until you meet them again in a higher place,” wrote the 67-year-old.

“Dad you were always there for me, drove me to be who I am, gave me the genes, mind, heart, soul and strength to achieve things I never expected myself and few have ever achieved. I am you in every way. I know you are now in a better pain free place.”

The father and son overcame a rocky early relationship following Norman’s wish to become a professional golfer rather than join the family business or pursue a career in the Royal Australian Air Force.

Thankfully things turned out rather well for the younger Norman and the pair were able to patch up their differences in later years.

“I walked away from a career. My father wasn’t impressed,” Norman said in a 2017 interview with ESPN.

“He didn’t know whether I’d be any good at the game of golf. Nobody did. They just had to accept it. They could see my commitment was second to none.”

Norman Snr. is survived by his wife of 72 years, Toni, along with Norman and his sister, Janis, grandkids Morgan and Greg and great grandkids.