She came out of nowhere and then it seemed like in the blink of an eye she had retired at the ripe old age of 28 to start a family. 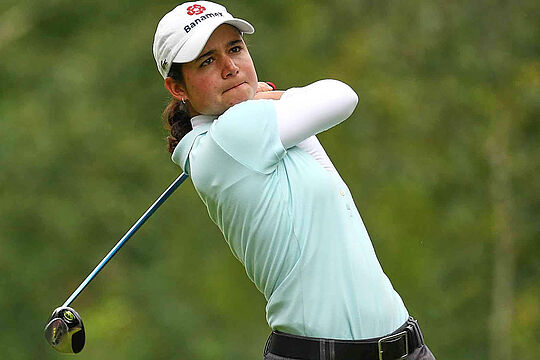 Between her LPGA debut in 2003 and her retirement in 2010, Ochoa won an incredible 27 LPGA titles including two majors – 2007 Ricoh Women’s British Open and the 2008 Kraft Nabisco Championship.

In 2007 she became the first woman to earn more than US$4 million in a single season, blowing away Annika Sorenstam’s previous record of $2.86 million. She also spent a record 158 weeks straight as the top-ranked female golfer from 2007 to 2010 – a title she still holds 15 years later.

However, due to an old rule requiring a player to spend 10 years on the LPGA Tour, Ochoa, who was inducted into the World Golf Hall Of Fame in 2017, has never been eligible for entry into the LPGA Hall of Fame…until now.

The LPGA announced the decision to scrap the 10-year requirement at last week’s Chevron Championship and the first major of the year. The now-40-year-old Ochoa was on hand for the occasion.

“I think it’s also important for more players to be in, because if you give so much of yourself not only to the game but the LPGA and you become such a family and work together and help each other and being involved truly for so many years, seven, eight, nine, or ten, or 20 or 25, because there are players been here for many years, if you get the points, I guess you deserve to be there.”

“This is just something extra special. It’s going to be — in a way, you know, it’s like a present, like a nice feeling knowing that, okay, I complete like the whole circle.”