It seems this issue just won’t go away. 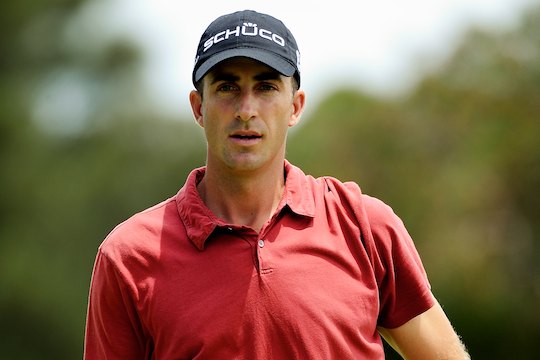 Chamblee’s criticism of Tiger Woods has had fairly far-reaching repercussions around the golfing globe and has even prompted a minor change in the Rules by the R&A and the USGA.

Yet Ogilvy has defended Chamblee’s right to do exactly what he’s been employed to do by The Golf Channel – analyse.

“I like the notion that the press in all its forms exists to hold tour players accountable for their actions,” Ogilvy explained in his regular Golf Digest column.

“Journalists and broadcasters should not be mere cheerleaders.

“There’s too much of that in golf right now, to be honest. And not nearly enough untainted honesty.

“If correspondents do nothing more than claim how great everything is, any semblance of reality is lost.

“Good things happen on tour every day. And bad things do too – which is how it should all be reported.

“I have to believe that’s what most people want, an accurate representation of events and issues.

“Anything else is an insult to our collective intelligence.”

Ogilvy also pointed out that he had played alongside Tiger Woods countless numbers of times – and often enough to be utterly convinced of his basic integrity as a golfer.

So while he did not agree with what Chamblee did have to say about Woods, he still defended his right to say it.

“The resulting backlash against Brandel was also unfair,” he said.

“While he used language that was, in places, too hyperbolic for my taste, the principle of him being able to share with us his expert assessment is too important to be abused.”

Now maybe we can all move on.