Former US Open champion Geoff Ogilvy would be happy to admit that family comes first.

And the Victorian professional doesn’t hide from the fact he has been longing to return to Australia, to live, almost since the day he left. 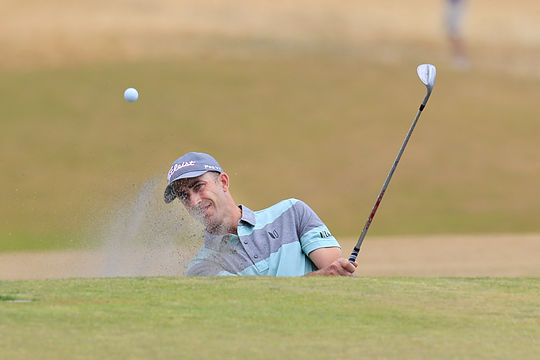 Now Ogilvy has decided the ‘pros’ of moving home with his family outweigh the ‘cons’ and he is planning to ‘relocate’ with his wife Juli and children Phoebe, Jasper and Harvey from Scottsdale in Arizona back to Melbourne early next year when Phoebe is due to start high school.

“I’ve always seen myself as a temporary resident in the U.S.,” Ogilvy told US Golf Digest.

“Not because I don’t like it here, but because it just isn’t home.”

“I’m excited about the opportunity this (moving to Australia) represents for my kids.”

That doesn’t mean Ogilvy will be quitting the US Tour where he has competed successfully for the past 17 years, registering eight wins.

“A few months ago we had our annual sit-down to talk about moving,” said the 40-year-old.

Living back in Melbourne will almost certainly make it almost impossible to play a full schedule in the United States.

But that doesn’t seem to bother him and Ogilvy who has two other plans in the back of his mind as well.

One is to play on the European Tour and the other is to put more time into a Melbourne-based golf architecture business he shares with partners Mike Clayton, Michael Cocking and Ashley Mead.

“Time will tell what the implications of all this are for my golf,” said Ogilvy.

“Ideally, if I start getting the ball in the hole a bit quicker and shoot a few good scores.”

“Making the top 125 solves a lot of potential problems. Then I could work out my own schedule.”

“That said, I’m getting to a point, regardless of where I am living, where I am really not big on playing a massive, full schedule.”

“The kids are getting to a point in their lives where it is really nice for me to be home.”

“It’s not that I don’t like playing golf or competing in tournaments; it’s just that I like being home more. So I have to find a balance.”