Sadly it wasn’t quickly enough for the popular Victorian to make the FedEx playoffs which conclude this week at Eastlake. 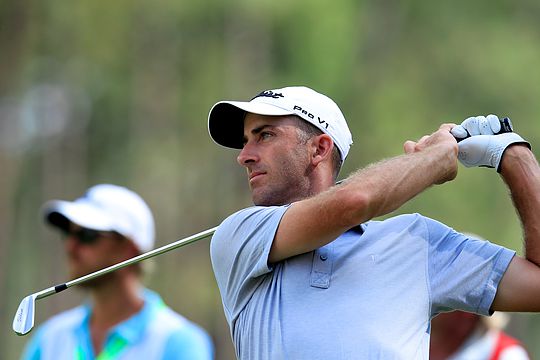 Yet it has prompted Ogilvy, after a good deal of thought, to use his one-time exemption for being top 50 on the career money list at the age of 39 after his exemption from his eighth and most recent PGA Tour victory ran out.

Ogilvy even considered having a crack at the Web.com Tour Finals, as fellow long-time Tour member South African Rory Sabbatini has done.

Sabbatini made it work in his favour when he finished sixth in their opening event last week, meaning he only had to make the cut to secure his PGA Tour card.

And while these exemptions are normally used late in a player’s career to keep their games honed for when they turn 50 and play the Champions Tour, Ogilvy sees it differently.

“[Some] guys will take it at the end of their careers as a bridge to the Champions Tour,” he said. “That’s the traditional thought about it. But at that point, I could play enough tournaments to amuse me at 48 while trying to bridge that gap.”

“But if you’re just using it as a bridge, you’re not as competitive anymore. That’s what I thought about it.”

“This is really what it’s for? To get you through a bad patch.”

Of course if Ogilvy does get his ‘A’ game back he may well move into the top 25 in career money and save that one-time exemption for another day.

He did admit that the idea of playing four Web.com Tour Finals events appealed to him because he felt he was playing better over the past month or so with three top 25s in four events, his best three finishes of his season.

“I felt if I had three or four more weeks, I would have gotten there,” he said.

“At first, I thought I might go play the Web.com but I feel like I want to play a full, regular, normal year.”

“My golf needs one of those. With a Web card, you’re not getting in all the tournaments.”