Oh-so close to living a dream

Sometimes life just isn’t fair. One minute Helen Oh was busy organising her documents for USLPGA Qualifying school and the next minute she was on the operating table having a cancer removed from her leg.

It was a cancer, discovered in 2008 that has now ultimately put paid to the 2006 Australian Amateur Champion ‘s dream of a life on the professional circuit. 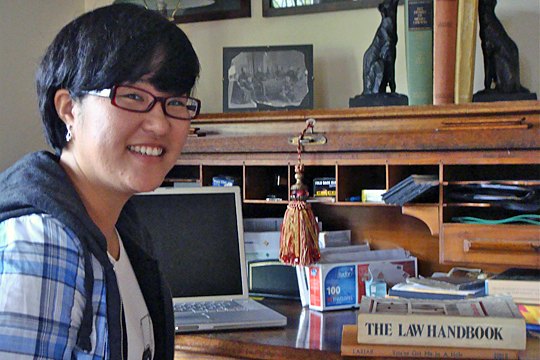 As Oh was preparing for the September Q school in 2008 she decided to have a lump checked out that had been in her right gluteus muscle for some time.

“When they told me it was cancer I was shocked,” the Sydneysider said.

Initially Oh was still going to head to the US, hope to qualify and receive a medical exemption, then return home and have the cancer treated.

But as the shock wore off, reality set in for the then 20-year-old, and after consultation with her specialists Oh was advised to have the tennis-ball sized tumour removed immediately. There would be no q school and dreams of life on the tour this time around.

After the surgery in October 2008 Oh was upbeat, and by the January she was back hitting balls, albeit weakly and basically on one leg.

It didn’t worry Oh that she could hardly hit her driver 100 metres, she was used to hard work and was confident that with constant hours in the gym and plenty of physiotherapy, her game would return.

Despite two years of grind, sweat and hours on the practice range, Oh’s game stuttered. And it took what must have been a humiliating and depressing 2010 US Duramed qualifying experience to realise her dream as a golf pro would be over.

In just two rounds of golf, Oh shot 35 over. For someone who admits: “I hate being beaten,” it was a very low point in her life.

“It was beyond playing bad, it couldn’t get any worse. I was so burnt out,” she said.

“I felt like it was unfair because I was working so hard.

“If I had an 8am tee time, I got to the golf course at 5am to warm my body up so that my leg wouldn’t hurt so much then I would stretch for another hour to make sure I wouldn’t strain it again.

“At the Futures I realised there would be no Lance Armstrong style come back for me. It pushed me over and made me say it’s time to forget this.”

And so Oh took the difficult decision to quit and is now at Sydney university studying socio legal studies with plans to complete a post graduate law degree.

And she has her brother to thank for her new career.

“The only reason I did my Higher School Certificate was to beat my brother,” she laughed.

“I thought I was going to be a professional golfer forever so now I am glad I did my HSC because it has given me this Plan B.”

Without her HSC, in which she comfortably beat her brother scoring 91, Oh would not have been able to enter university.

“It’s a different life but I think whether it is golf or this, you just have to work hard,” she said.

“And I know if I put in a weeks effort into an essay I will get a good mark back, and there is a certain stability there that I realise you don’t get in golf.”

Oh does not regret her changed career path and is now calmly philosophical about her new life.

“I just believe what happens in life happens for a reason and what I had in mind wasn’t supposed to happen.”