It’s been over 20 years since the untimely death of PGA Tour player, Payne Stewart, and now his wife, Tracey, and their two children have made the hard decision to sell off some items from Stewart’s personal collection.

Over 200 items are up for sale include his player’s badge (pictured) from the 1999 US Open, where he made an unlikely putt on the final hole to deny none other than Phil Mickelson. 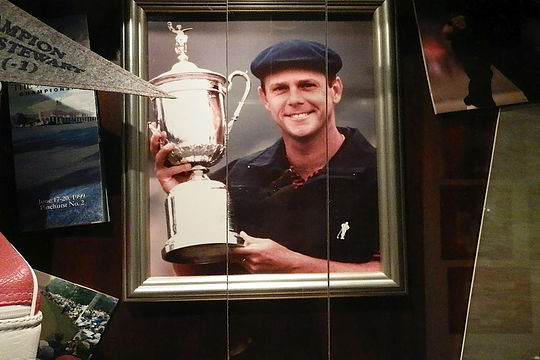 “Over the years so many people have reached out to share how much Payne impacted their lives or the lived of their loved ones,” said Stewart.

“I am pleased to share these items as a reminder of how much Payne enjoyed golf, but even more, how much he enjoyed people. I hope these will become treasured mementos that will inspire and encourage people in the same way Payne lived his life.”

While Stewart was known for his immense talent on course, his unique clothing style also left an indelible mark on the PGA Tour and his fans can own a piece of history with some of those items including his famous knickers and high socks, up for auction.

“Seldom does an auction house have the opportunity to present an intact collection from one of golf’s historic players like Payne Stewart,” said Golf Auction’s Brad Roberts.

“Personal and professional items will be on full display for The Golf Auction’s worldwide audience for the March 2021 auction.”