PGA Tour: An easy way to make a million?

Seems like all you have to do is tee it up on the US PGA Tour, hole a few putts and suddenly you are a millionaire…not convinced?

Well, try this on for size…there have been an incredible 114 players earn more than a million dollars on the US Tour this season leading up to last week’s Northern Trust. 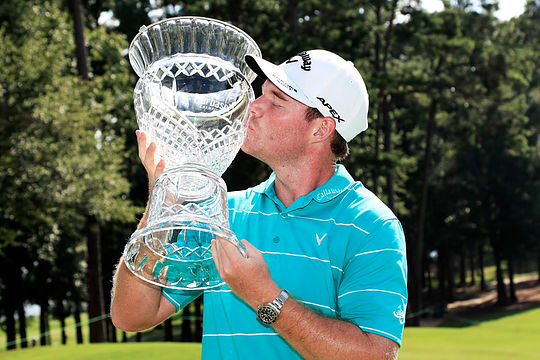 Let’s not start at the obvious ones, those at the top, because Justin Thomas, for instance, is a lock and has banked more than $US8.1m this season already – and he hasn’t finished yet.

Dustin Johnson, No 2 on the list isn’t that far behind with a cool $7.5m in his account.

But there are so many more – some of them you might even have heard of, who can sit proudly on their efforts for the year and content they’ll be able to pay the rent at least for a few more months.

Let’s skip down the list, however, and check out some of the less-known ‘millionaires’.

Not a bad year after all eh?

But how about a few of the ‘straggler’ millionaires and admittedly a few I’m not too familiar with.

Richy Werenski, for instance, earned $1.081m and came in at 109th on the list of millionaires; Scott Brown, who has played 32 events this year but never caught my eye, is 110th with $1.076m and is one spot in front of infamous Twitter troll Grayson Murray, who earned $1.056m.

And unless the Ryder Cup is named after him (which it isn’t), you probably don’t know much about Sam Ryder either.

Neither do I and he has made $1.046m to sit in 112th spot on a ladder that, admittedly, is littered with golf luminaries that most of us have heard of.