It is doubtful anyone would disagree with the four nominations for the US PGA Player Of The Year award.

Even Justin Thomas would agree he has been outshone this year by the likes of Brooks Koepka, Matt Kuchar, Rory McIlroy and Xander Schauffele as all have excelled and deserve to be in contention for the coveted Jack Nicklaus Award. 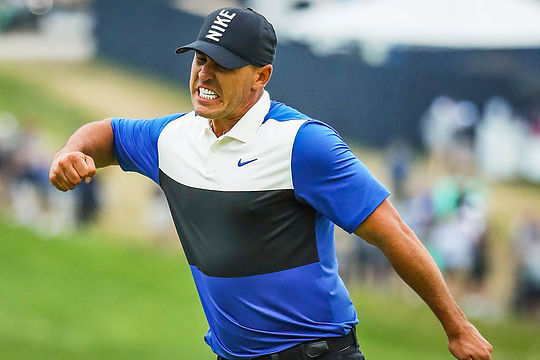 Koepka had three wins, including a major championship as well as excelling in the other majors;

Kuchar had two wins and was in contention on several other occasions;

McIlroy had an amazing season with victories in The Players Championship, regarded as the fifth major as well as the Canadian Open and the Tour Championship to seal the FedEx Cup as well.;

While Schauffele’s year was also a stellar one with his two wins including the HSBC Champions event (a World Golf Championship) as well as the Sentry Tournament Of Champions.

The Player of the Year and Rookie of the Year awards are determined by a member vote, with PGA Tour members who played in at least 15 FedExCup events during the 2018-19 season eligible to vote. Voting closed this week, with winners announced at a later date.

This is the first year the PGA TOUR Rookie of the Year will receive the prestigious Arnold Palmer Award, named in honour of Golf’s Greatest Ambassador.

The Arnold Palmer Award is a tribute to its namesake’s influence on countless young players and a fitting honour for its recipients, who will shape the game and the PGA Tour for generations to come.