So you can imagine his reaction when he was told, make that ordered, to give it all up and go home and work for $130 a month. 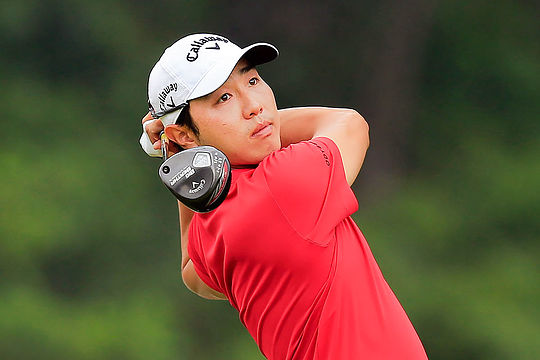 The South Korean star, who won the Frys.com Open at the start of this season, has no choice…the law in his country says he must serve two years in the military.

And the young star, who has banked more than five million dollars on the US Tour in his career, has no choice in the matter.

It appears the 29-year-old has tried just about every avenue to wriggle out of the compulsory service.

In February, Bae was charged with violating his country’s rule by not securing an extension that permits overseas travel.

A United States resident since 2013, Bae challenged that decision in court, saying he didn’t qualify as an overseas resident because he hadn’t spent enough time outside of South Korea in 2014.

Last week it appears a court in Bae’s home city of Daegu sided with the Military Manpower Administration of South Korea, and ordered he return home to do his duty.

“I am sorry to those who have supported me, including all my fans and South Koreans, for causing anxiety,” Bae said last week.

“I completely respect the court’s decision, and I humbly accept the judgment by the law.”

Bae said his plan was to play as much as he could for the rest of the season, including, hopefully, the FexEx Cup playoffs before reporting for duty in South Korea.

Under his country’s current law all South Korean men between the ages of 18 and 35 years must complete two years of military service because the country technically remains at war with North Korea.