Nine-time Major winning Gary Player is concerned the famed Old Course has become ‘obsolete’ given the distance the golf ball is now being driven.

Player, who won three Open Championships, was commenting on the impact Bryson DeChambeau has had on the game since the golf lockdown was lifted. 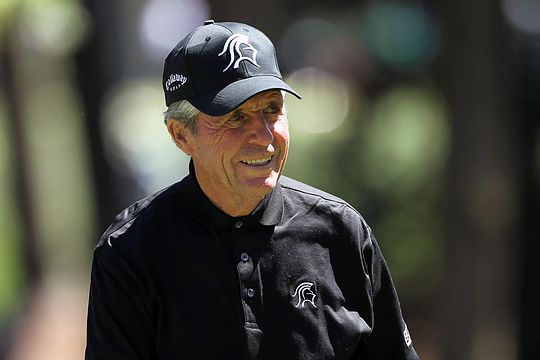 In capturing the recent Rocket Mortgage Classic, DeChambeau recorded 43 drives over 350-yards during the four days in Detroit.

Player said: “Something has to be done and it’s very simple. Just cut the ball back 50-yards.”

“It’s just so sad that you think of the Home of Golf and the great place that is St. Andrews, and that we all love and adore, but the course is obsolete. It is now just so obsolete.”

“When you look at Bryson, he’s Mickey Mouse compared to what is coming along. We could see players in the future hitting the ball 500-yards. There’s no telling where it’s going. I have been saying this for ages.”

While Player is not alone in his thoughts about distance, Ernie Els came out this week with his own opinion on the matter and his solution to the problem certainly makes sense especially when applied to the professional game.

For the most part, the PGA Tour is made up of courses where there is little to no punishment for wayward play.

“Our game is in a good place. Equipment improvements and distance are here to stay. Full stop. We need a ‘serious’ premium on accuracy. Golf courses don’t need to be longer. Make the Tour rough knee high, fairways fast and firm which is fair for all players,” tweeted Els.

Of course with two US Opens and two Open Championships under his belt, Els may be a little biased when it comes to playing tough setups however the theory is solid and is a simple and cost-effective way to solve any perceived distance issues.

Bring back the skill and thought to the game? Now there’s a crazy idea.