Player: Woods should have won 24 majors by now

No-one would deny that veteran South African Gary Player, a nine-time major winner, is one of the most respected voices in golf.

After all, he is one of just six players who can boast wins in all four major championships. 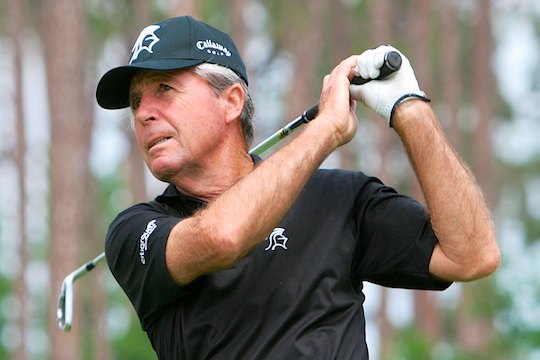 So when Player suggests Tiger Woods went down the wrong path and could have easily passed Jack Nicklaus’ record of 18 majors by now, well, you are entitled to hear him out.

“If he’d never had a lesson after he’d won the US Open by 15 shots – if he’d never gone to see anybody, not to degrade the teachers, he would have won, in my opinion, 24 majors, minimum by now,” Player said.

“He demoralised the field at that Open and was just so good.”

“He changed what was almost the perfect golf swing to one with a few faults.”

“In my opinion he then started getting a little bit of paralysis of analysis in changing that phenomenal swing.”

Even so the diminutive South African, now aged 78, said he still felt the future was bright for Woods.

“You have to be street smart, tournament tough, retune your engine and be ready for major championships,” Player said.

“And Tiger Woods is just one of the very few players good enough to come back and do well. He’s the most talented man to ever play golf.”

“And what he can do never surprises me. He’s that good.”