(Palm Beach Gardens, FL:) Teeing it up in his first PGA Tour event of 2017 at this week’s Honda Classic, Ian Poutler revealed a wonderful tale concerning a missing $100 bill autographed by the late, great Arnold Palmer.

The story surfaced when Poulter was asked, ahead of returning to Bay Hill and the Arnold Palmer Invitational next month, what was his fondest memory of Palmer. 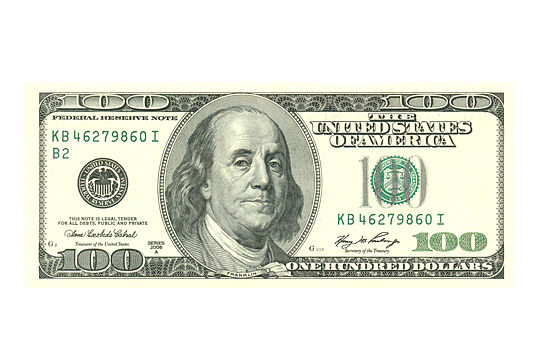 “Well, there’s so many,” said Poulter. “Being a fan, being a golf fan as a boy, and obviously growing up and getting to know Arnie, one, through MasterCard. And b, obviously playing the event so many times.”

“I popped in the office and I had a chat with Arnie and he was at his desk. You know, everybody in this room has probably spent some time with Arnie, and he’s got time for everybody. And that was the bit that really amazed me, whether it was another player or a press or whether it be a fan.”

“He always took a little bit of time out in his day to give his time to those people, and what he’s done for the community with the Winnie Palmer Hospital is amazing”.

It prompted Poulter, who confessed he’s a bit of a hoarder, if he had anything in his possession signed by Palmer.

Poulter indicated he has a copy of the famed photograph showing either Jack Nicklaus handing over money to Palmer or vice versa, and it’s a photo Nicklaus has been asked about but the 18-time Major winner could not recall who lost the money.

However, it was a signed Arnold Palmer $100 bill that Poulter identified was his fondest memory of ‘The King’ until his wife inadvertently used it while shopping in suburban Orlando.

“Well, Arnold signed a $100 bill which my wife actually spent one time, so I had to get another one done,” said Poulter laughing.

“The note was in the safe. She didn’t realise it was actually signed by Arnie, so it’s out there somewhere.”

“It was probably spent in Publix (Large chain of US food stores) to be honest. She probably went to get some groceries. But it was shock horror when I actually did go in there to put it in the frame. You can imagine what I said: “Where has the $100 bill gone?” “What hundred?” So I go in there, and it’s not in there. She says, “I don’t know. I must have spent it.”

Given Poulter resides in the exclusive Lake Nona estate it’s only a short drive to the Bay Hill Estate and where Palmer has spent most of his life.

“So I phoned up his office and I said, “I’m really sorry, but is there any chance I could pop in and get Arnie to sign another hundred dollar note”, said Poutler.

“Of course. Of course, Ian. So I drove to his office and he signed another hundred dollar bill.”

“Of course, I didn’t tell him the other one he signed was spent at Publix. I did tell him it was lost. But I didn’t sell it.”

“So I took the two $100 bills, one signed by Jack, and one signed by Arnie, and I put it in a frame with the picture of the two of them exchanging money, so that’s now sitting in my room”.