Even the golf punting fraternity are starting to believe it now, despite his WD from Bay Hill this week, Tiger Woods really is back.

One punter has put his money up to prove his confidence in Woods by plunging $10,000 on him to win his fifth green jacket in a couple of months’ time. 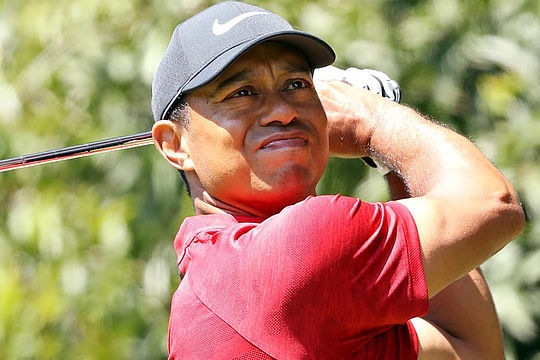 That’s right, it’s still almost two months until the Masters and this punter has snapped up the 12-1 about Tiger winning at Augusta and obviously feels the former long-running world No 1 could start at an ever shorter quote by the time the event rolls around.

Success for Woods would see the punter waltz away with $120,000, so he’d better hope that Woods’ health – and his swing –n stay healthy and he tees it up there on the final day, the second Sunday in April.

The Las Vegas-based Westgate Las Vegas SuperBook Casino took the 12/1 bet on Woods and later revealed it was the company’s single largest bet taken on a player to win this year’s Masters.

Amazingly, the casino indicated they would not be adjusting his odds and would leave Woods at 12/1, the same odds as two men yet to win a Green Jacket, Rory McIlroy and Justin Rose.

Another Masters ‘maiden’ Dustin Johnson remains the favourite at 10/1.

Woods captured his first US Masters with a stunning 12-shot win in 1997.

He won his second Green Jacket in 2001 and his third a year later before winning it again in 2005.

He made a return after a long injury-enforced layoff last year and despite his affection for Augusta National, could only finish 32nd behind Patrick Reed.

Superbook indicated more money had been bet on Woods than any other 2019 Augusta competitor since 2019 Masters betting opened last August.

Surprisingly, though, there have been more individual bets placed on Tommy Fleetwood at 30-1.