Punter pays $75k to loop for Tiger in Bahamas

While Las Vegas is known more for losing money than making money, it was Woods’ TGR Foundation that was a winner this time around.

The 15-time major champion hosts an annual fundraising event known as “Tiger Jam” in the desert city to raise money for the foundation he established with his late father Earl in 1996. 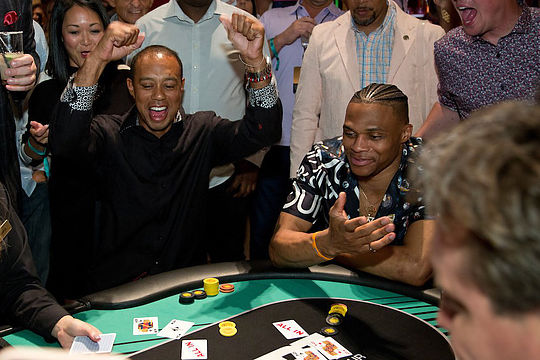 The pick of the auction prizes was a once-in-a-lifetime chance to caddy for Woods at the Hero Challenge pro-am in the Bahamas.

The ultimate prize went to National Funding founder and CEO, Dave Gilbert, who bid $75,000 to surpass the $50,000 bid last year by Jim Williams.

And don’t feel sorry for regular caddie, Joe LaCava, he doesn’t miss out on the action. At last year’s pro-am he was there alongside the winner offering tips for the temporary looper and will no doubt be there in early December as play gets under way this year.

The musical highlight this year was Janet Jackson, who joined a long list of musical stars to grace the Tiger Jam stage including Stevie Wonder, Bon Jovi, Prince, Van Halen and many more.

Woods has raised over $20 million for his foundation, which helps youth development and education.