The 19-year-old, who was named Junior Female and Female Amateur Golfer of the Year at the Queensland Golf Industry Awards in 2019, made the exciting announcement on Instagram. 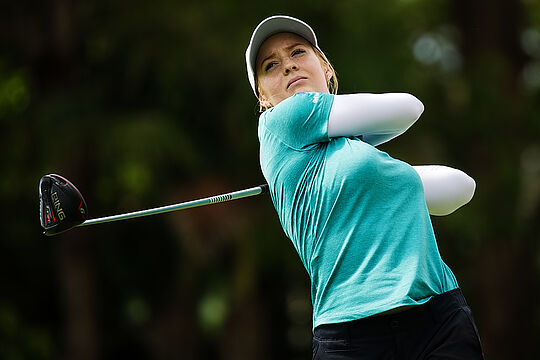 “It has been a long, and exciting time in the making but I am proud to announce…I am a professional golfer and I will be joining the WPGA tour for their 2022 season!,” posted Porter, who plays out of the Peregian Golf Club on Queensland’s Sunshine Coast.

“I have been lucky enough to travel the world and experience many corners of the globe while representing Australia as an amateur and I am beyond excited to do the same as a professional.”

Despite a back injury in late 2019 that kept her on the sidelines for over a year, Porter was able to pick up where she left off, securing a win this year at the Keperra Bowl in Brisbane along with an impressive 10th place at the Women’s Amateur Asia-Pacific Championship and a third at the Sunshine State Amateur in the US.

Porter will make professional debut next year at the inaugural Melbourne International, which tees off from January 24th.