Coming off the back of a missed cut at the Masters, Jordan Spieth is back in the world’s top-10 following his win at the RBC Heritage on Sunday. 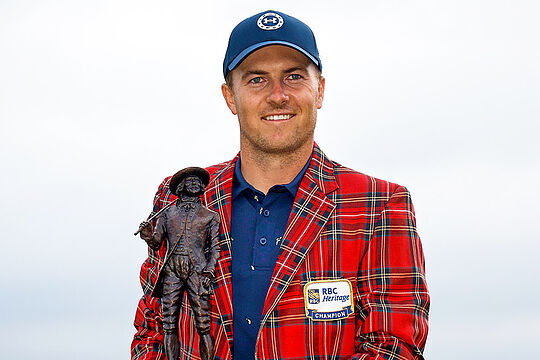 However, that all began to change with a T4 at the 2021 Phoenix Open and a third place at the AT&T Pebble Beach Pro-Am a week later an early indication that his game was finally turning around.

His first victory since 2017 came a couple of months later at the Valero Texas Open and two runner-up finishes at the Charles Schwab Challenge and Open Championship confirmed his return to form. He finished 2021 with a victory and eight top-10’s to enter 2022 as World No.14.

There’s a long way to go for the 28-year-old to get back to the heights of 2015 and 2016 when the Texan racked up 26 weeks as World No.1. But the hard part is out of way and now Spieth needs to build on upon his latest success and get back to where he belongs at the top of the leaderboard.