Adams Golf is pleased to announce the addition of two-time Ryder Cup member and the 24th-ranked player in the world, Robert Karlsson to its Tour Staff.

In 2012, Karlsson will play a split schedule on both the European Tour and the PGA Tour. 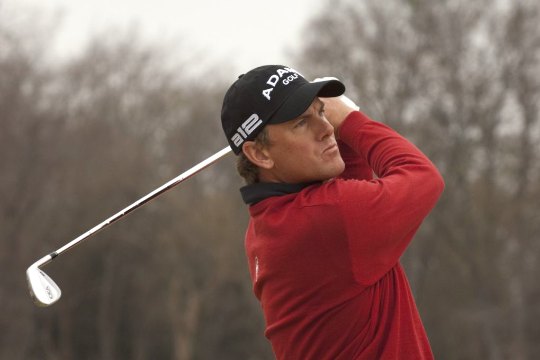 “We are extremely excited to add a player of Robert’s caliber to our tour staff,” said Chip Brewer, President and CEO of Adams Golf.

“We feel that his participation on both the PGA and European Tours align perfectly with the direction of Adams Golf as we grow into new markets internationally. His success on both tours will provide the Adams Golf brand with exposure across the globe.”

Karlsson is an 11-time winner on the European Tour, a two-time Ryder Cup player and the first Swedish player to have won the European Order of Merit.

In 2011, he had three top-10 finishes on the European Tour and three Top 10s on the PGA Tour including a tie for 4th at this year’s PGA Championship.

“I am thrilled to join the Adams Golf tour staff and excited about the new clubs in my bag,” said Karlsson.

“I am not a player that switches equipment very often; but, the performance of the Adams Golf equipment has me extremely excited.”

“I absolutely love the versatility of the Idea Pro a12 hybrid and was amazed when the testing showed I picked up 18 yards with the Speedline Fast 12 LS driver and 13 yards with the Fast 12 fairway wood.”

“I am convinced that my new association with Adams gives me the best opportunity to be successful on tour and that is what’s most important.”