Kings of Leon’s drummer Nathan Followill has run foul of the same stodgy, dated rules that have helped stifle the growth of golf over the years.

The tattooed 43-year-old took to Twitter to let his followers know about a recent experience with an unnamed Sydney golf course that was apparently on his bucket list of courses to play while on tour in Australia. 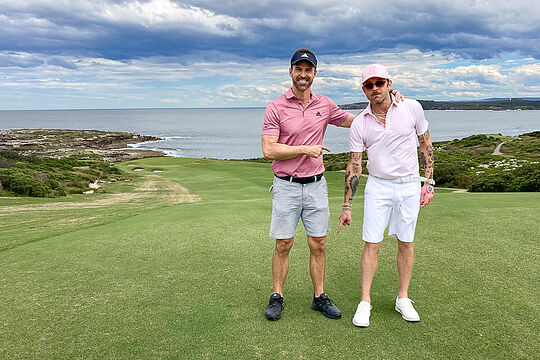 “A Sydney bucket list golf course for me just went on the f#@kit list. I was told I would have to cover up my tattoos due to a “no tattoo policy” Welcome to the 1950′s and a hell of a way to grow the game,” tweeted Followill.

Sure “no thongs” is an obvious no-no along with singlets but “no tattoos” has always been a head scratcher…and even the head of the women’s tour in Australia seems to agree.

“We really need to rid the game of these antiquated rules that some clubs still insist on having. Just so ridiculous and you are so right, this kind of stuff is not going to grow, diversify or change the perception of golf here in Australia,” tweeted WPGA Tour of Australasia head, Karen Lunn in response to Followill’s post.

It seems to have all turned out well in the end with two-time Nationwide Tour winner, Ewan Porter, taking the star drummer out for a round at New South Wales Golf Club.

“What an absolute pleasure it was to play NSWGC today with @doctorfollowill⁩. Golf course was superb, hopefully we didn’t offend too many people with our rebellious appearance,” joked Porter.