Ryder Cup lures Casey back to European Tour in 2018

The lure of the Ryder Cup was one of many reasons England’s Paul Casey has decided to take up membership of the European Tour from the start of the 2018 season.

It’s been three years since Casey has been a member of that tour after deciding to relinquish membership for ‘family reasons’ at the end of 2014. 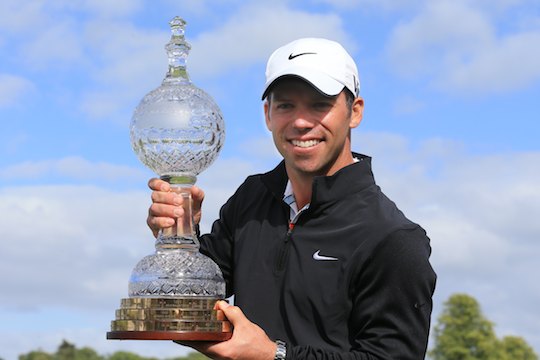 Now, with a bit of prodding from his good friend Thomas Bjorn, Casey will be back and keen to not just play Ryder Cup golf again in 2018, but contribute to the tour with a victory or two as well.

And he admits he has missed playing in Europe.

“As hard as it was trying to make it work three years ago – struggling with my game, dropping out of the top 50 – I have missed it too much,” said Casey.

“With Lex being born I had a new priority, which was my family, plain and simple.”

“So (giving up European Tour membership) was a selfish choice…but it’s always bothered me not being a member of the Tour.”

“My Ryder Cup experiences in the past have been the highlight of my career.”

“Obviously this puts me in line to hopefully, possibly, play another Ryder Cup, which I would dearly love to do.”

“He’s helped me in making the decision with his confidence in me and his backing of me and my game,” he said.

“He hasn’t crowded me or pressured me in any way. He’s just been there as an ear, which has been wonderful.”

Casey’s last European Tour victory was the KLM Open in 2014, one of 13 wins he has on that side of the world.