Adam Scott has handed Mike Keir one of the most sought after roles in golf and that’s the full-time caddy duties.

Scott confirmed Kerr’s appointment from his Gold Coast home after the Zimbabwean-born Kerr had caddied for Scott throughout the recently completed Australasian Tour. 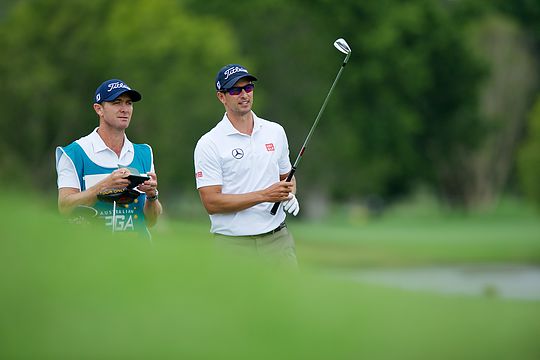 “I’m delighted that Mike has accepted my offer and I am confident that he will be a valuable member of my team for 2015 and beyond” said Scott.

However the decision by New Zealand-born Steve Williams to retire at the end of the 2014 PGA Tour season left Scott with the task of finding a suitable replacement caddy.

And Scott was inundated with offers including one from a Florida-based man with no connections to tournament golf, who admitted his full-time job was to look after his ailing mother.

Kerr is no stranger to caddying at the highest level having caddies for the likes of Ernie Els, Lee Westwood, Miguel Angel Jimenez and most recently, Thorbjorn Olesen.