Adam Scott has had quite a busy few weeks while in isolation at his home on Queensland’s Sunshine Coast.

Queensland, like most states in Australia, is still allowing golf to be played although under strict social-distancing rules. 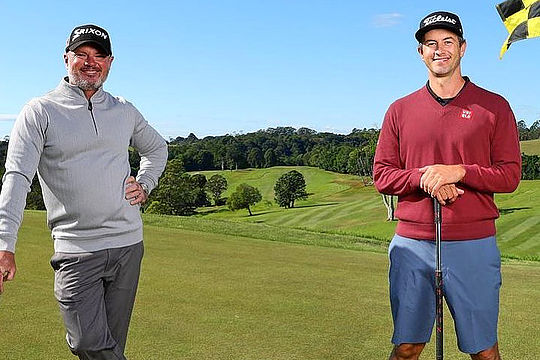 Within the last fortnight, the 2013 Masters champ has played a secret round, where he fired a course record 62, at the Maleny Golf Club alongside childhood mate and former Japan Tour player, Wayne Perske and then made headlines for a heartfelt phone call to 76-year-old fan, Ross Campbell, who is suffering from lung and brain tumours.

However, Scott’s latest adventure saw him returning to Maleny Golf Club alongside Wayne Perske to take part in an Instagram Live 18-hole round.

“He came up on Tuesday with his dad for a game and asked whether we could do an Instagram Live match on the back nine on Friday morning,” Perske told PGA Australia.

“I’m thinking there’ll be quite a few people logging on to watch and I’m sure it will end up on YouTube afterwards.”

Well it turns out the match had a combined viewership between the two parts of over 160,000 viewers – not bad for a morning’s work and no doubt a huge boost for the profile of Maleny Golf Club.

The PGA Tour set for a return on June 11th, so Scott may be running out of time for more trips to the hinterland. There is currently a ban in place for Australians travelling overseas but with Scott making usually residing in the Bahamas he may qualify to be able to leave the country…if he wants to, that is.