Scott says courses need to be smarter, not longer

The former US Masters champion says we should be building smarter golf courses – not longer ones. 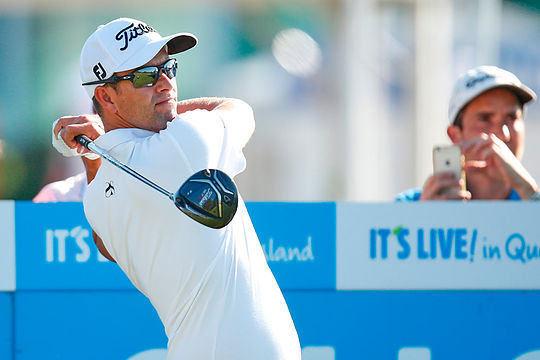 And the main reason for suggesting that, says Scott, is if a course is soft, the pros simply tear it apart.

A case in point was the recent BMW Championship at the famed Medinah course in Illinois: basically the pros made mincemeat of one of the world’s great layouts.

And the world No.15 says this trend will continue now that club manufacturers are making drivers that are so forgiving that they have become the easiest club in the bag for players to hit.

And hit it, or rather smash it, they do.

“The driver is just the most forgiving club in the bag now,” says Scott. “You swing as hard as you can and get it down there far, it’s not skilful.”

“It’s not a skilful part of the game anymore. If you require us to shape tee shots to get it in play, I think we’re going to struggle.”

“We just play straight. Everything straight.”

“And if you had to draw a driver to get it in the fairway, down where you want to be and long, then I think we’re going to see different scores.”

“But while there’s an option to go over trees and go over bunkers, it’s just relentless.”

Scott said course designers hadn’t figured out that long meant nothing to the pros.

Scott found he had an ally in American star Brandt Snedeker.

“Now the drivers are made so easy to hit that there’s no penalty for swinging as hard as you want to at every driver, because it won’t go as far off-line,” Snedeker said.

“There’s no penalty for really going all-out on one. That’s changed a lot.”

Scott finished his PGA Tour season off ranked 54th in driving distance at 299.3 yards (274m) but did enough to finish up with $4 million prizemoney.

The Queenslander finished runner-up at the Memorial and Farmers Insurance Open and finished inside the top 10 nine times to claw his way back inside the world top 15 up from 42nd place at the start of the year.