Scott suggests Olympic golf should be for amateurs

When a major champion airs some serious views on the game of golf, well, the world sits up and takes notice.

So when former US Masters champion Adam Scott suggested that amateurs might be better served playing golf at the Olympic Games than professionals, then his opinion must carry some weight. 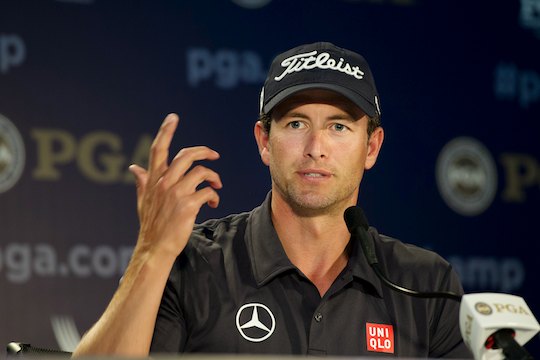 And he found an unlikely ally in four-time US Tour winner Boo Weekley, who led the first round of the final of Australia’s big three, the PGA.

Weekley said that he thought it [the Olympics] might be a better event if the amateurs represented their country rather than the professionals, as will be the case at Rio de Janeiro in 2016.

When pressed on the subject, Scott agreed.

“From the little bits I know and what I’ve read about it, their idea is to grow the game and expand the game, which is always everyone’s kind of goal I guess…and to get more people to enjoy the game,” said Scott.

“I think for golf in the Olympics the best way of achieving growing the game is to have young kids get into it through the chance that they could go to the Olympics maybe as an amateur before they’re professional or for as long as they play the game as an amateur.”

Scott looks an almost-certain representative for Australia at the Olympics but gave the impression that was not a priority with him.

“You know, I think we might have been better off going with amateurs in the Olympics for golf,” he said.