Perhaps the only upside of the COVID-19 pandemic for Adam Scott is getting to come home to Australia and spend some time relaxing with his family and friends away from the pressures of the PGA Tour.

And so with Queensland’s regulations allowing golf to be played, albeit under strict conditions, Maleny Golf Club pro, Wayne Perske, finally got his wish for his old mate to come up and play his course in the Sunshine Coast hinterland. 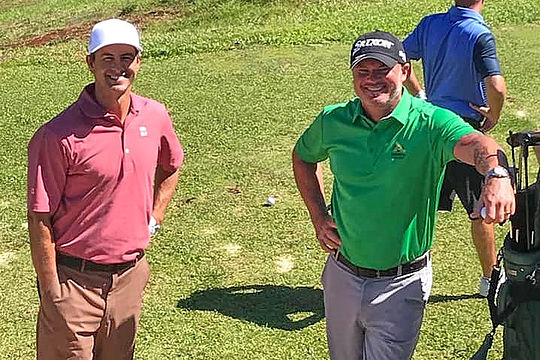 45-year-old Perske, a winner on both the Australasian PGA and Japan Tours, and Adam Scott are only six years apart and grew up in much the same era with Perske in Brisbane and Scott’s family moving from Adelaide to the Queensland’s Sunshine Coast when he was nine before settling on the Gold Coast a few years later.

“Adam’s been a mate of mine for quite a few years. We go back a long way and seeing that he’s home at the moment and golf is okay [to play], I invited him up…and he graciously accepted and really enjoyed the course,” said Perske in an interview on Triple M’s Rush Hour With Dobbo.

“I’ve been bothering him to come up and have a game for quite some time. There were a few juniors that were able to meet him and he was fantastic with the kids. He even went out after he played 18 holes and played a few more holes with a couple of kids. So, you know, he’s a down to earth bloke.”

“It’s the little things at times like these, that make a big difference.” 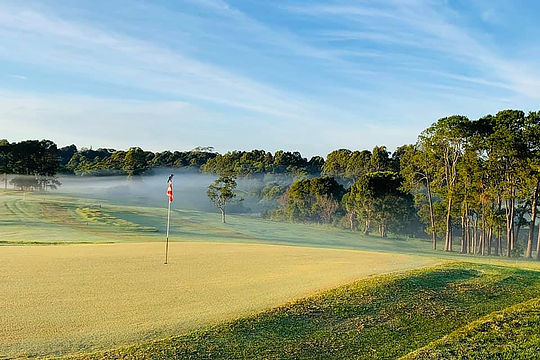 So how did the former World No.1 and Australia’s first Masters champion go? Well, the end result was a course record but it wasn’t quite the start that Scott would have wanted.

“Well, he made a double bogey on the first hole, a mistake in club selection and then went on to shoot a 62 course record. So after his little mistake at the start, he just tore it apart and the guys were loving it.”

“He was just hitting bombs all day long and he’s in really good shape. So I’m looking forward to when they do get back on the PGA Tour, obviously…he’ll be ready.”

If you want test your game against Scotty’s course record, Perske says the Maleny Golf Club is well and truly open for business.

“We’re open at the moment in groups of two with single carts. It’s looking absolutely beautiful at the moment. So we welcome anyone to come up here.”