He won’t be giving up that long putter without a fight.

Indeed there is a good chance that former US Masters champion Adam Scott will still be using a long putter come 2016. 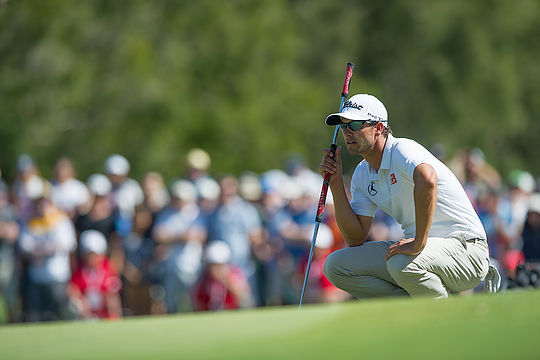 How? Well, he has promised he can use it quite effectively without anchoring it to his body.

So that makes his pole putter, admittedly with a couple of inches lopped off the end of it, a good chance to be in his bag next season.

Of course Scott will also consider using a conventional short putter next season, as well.

“As far as I see it I’ve got two good options,” Scott said. “I can un-anchor the long putter, I do that well, or I can putt with a short one.

“And I know what I’m up for there because I’ve used it a few times this year.

“I like the long one with the same action I’ve been using. “I just have to shorten the putter a few inches and everything else stays the same.

“The putter is so good, if there was any concern of it not being stable when it’s unanchored it’s gone.”

Actually Scott used a short putter at least three times in 2015, finishing fourth at Doral before a missed cut in Tampa and a T35 at Bay Hill, before he reverted to his beloved broomstick.