Scottish Open marks end of the line for Lawrie

Scotland’s Paul Lawrie has announced he will be ending a 620 European Tour event career at this year’s Aberdeen Standard Investments Scottish Open.

Lawrie, 51 indicated to journalists following an opening round of a two-over par 73 at the Renaissance Club that there are ‘many factors’ leading to his decision. 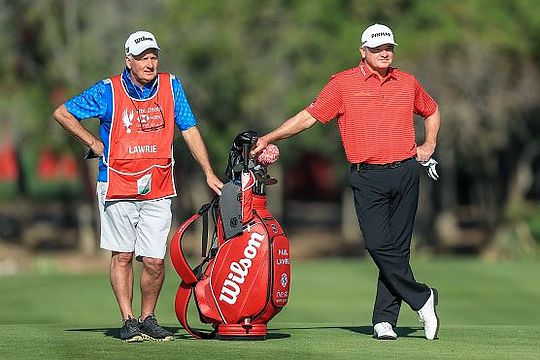 The proud Scot made his Tour debut in early 1992 in the co-sanctioned Johnnie Walker Asian Classic in Thailand.

Lawrie capped his career in capturing the 1999 Open Championship at Carnoustie while he won seven other events, including a pair of Qatar Masters titles and has earned over €12 million in prize money.

He was also a member of the 1999 European Ryder Cup team and 13-years later helped Europe to a stunning victory in the 2012 ‘Miracle at Medinah’ Ryder Cup.

Lawrie, however, has been dogged with back injury in recent years only competing in an average of six main Tour events a season while this week’s Scottish Open, his 620th Tour start, is only his seventh event of 2020.

“There are a lot of factors behind the decision, the main one being that I don’t feel I can be competitive week in, week out at this level,” Lawrie said.

“My back is not very good. I’ve got a herniated disc and I struggle to practice enough. I’m not able to hit the amount of balls I need. I’m not particularly talented so I lose my game quite quickly.”

“I need to hit hundreds of balls but if I hit 50 or 60 now, I have to go and sit down and come back in the afternoon.”

“I’m also very busy off the course and I enjoy that more than the golf these days.”

“To have played 620 events is not a bad innings considering I turned pro (in 1986) with a five handicap and didn’t think I’d play any. I haven’t been a great player, but I’ve been decent and that’s all you can ask for.”

“I’m kind of almost pleased that I’m 51 and not 22 the way it’s going, to be honest. I mean, I would love to be 22 again right now with the technology and the fitness and the physios and all the things you’ve got, but the game is going to keep changing.”

“My body is in bits and I’m still hitting it the same distance as I did when I was 22.”

Lawrie’s off-course time continues to be consumed with helping promote the game via his Paul Lawrie Foundation while he also manages the affairs of younger Scottish players such as fellow Aberdonian David Law via his Five Star Sports Agency. Law defeated Wade Ormsby and Brad Kennedy to win the 2019 Vic Open.