Superstars of Australian golf tried – and failed. Now the biggest hoodoo of Australian sport has been broken – and by one of the genuine nice guys of world golf, Adam Scott.

And that alone should make for compelling reading. 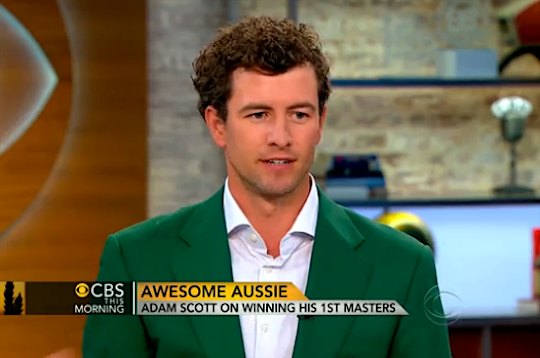 Scott’s road to the history books by winning the 2013 US Masters has been detailed in a new book, called Amen, in which two leading Australian sporting journalists Will Swanton and Brent Read take us through his dramatic Masters win, beating his close friend Angel Cabrera in a sudden-death playoff.

Few Australians missed it, but there is so much more to this Cinderella Australian golfing story. And that tale begins with the great Manly legend Jim Ferrier blowing a huge lead in 1950 US Masters.

Then there’s misses by Aussies like Bruce Devlin and Jack Newton followed by the well-chronicled list of Greg Norman’s narrow misses over two decades.

No Aussie was able to don a green jacket and it became one of the curses of Australian sport.

Scott admits that, as a boy, he actually shed tears watching Greg Norman’s implosions. He also duelled with Aaron Baddeley to become the next big thing in Australian golf.

Scott became a world junior champion and a protege of the Great White Shark.

And while Scott went on to become one of the most popular players on the US and European tours, it was his golf swing that was the envy of both tours.

Only his putting stood between him and a major championship. The long putter, soon to go on the banned list, was to become his saviour.

And it was the club that propelled him to his first major.

And now they are the ones in awe of Adam Scott and what he has achieved for golf in this country.

And Amen to that.