He has some of Queensland’s finest golf courses on his doorstep, but scratch marker John Ebenston prefers to play a nine-hole par three layout that attracts average competition fields of only 40.

Ebenston, who is a former Queensland state representative with 27 club championship victories on his resume, has just added a fourth Glenview Par 3 Golf Course title to his record. 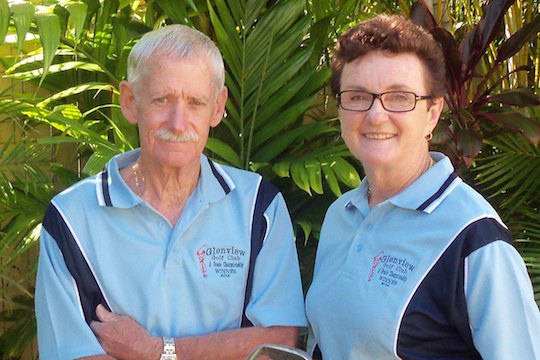 Glenview is in the Sunshine Coast hinterland and within half an hour’s drive from resort courses at Pelican Waters, Coolum, Noosa, Bribie Island and Peregian Springs.

But while the former schoolteacher, now 65 and retired to Currimundi, still plays competitive golf two days a week, he now favours the social attractions of the game.

“Golf for me now is purely a communal activity,” said the 21-time champion of Boonah Golf Club, at one time a Guinness Book of Records entry.

“Before my round on Wednesdays and Saturdays I usually take a bucket of balls to the range and spend up to an hour helping others. It gives me great pleasure to help people with their golf.”

But John’s competitive juices certainly flowed again during the recent club championships when he shot a two-under, course record 25 at Glenview. It was his fourth successive title after taking up golf again following a 20-year sabbatical.

In 1986 he retired from a school teaching career, moved to Caloundra and took on the management rights of Kings Beach Caravan Park. The workload, particularly on weekends, made golf impossible.

But after major surgery for bowel cancer and a directive from his surgeon to exercise more, golf again beckoned. He thought he would ‘test the water’ at Glenview and has continued playing there.

“It may only be a par three course, but it’s very challenging,” he said.

“Only one hole is shorter than 100 metres. The next shortest is 137 metres and the longest 185. Because the greens are small and raised, miss them and the next shot is very difficult indeed.”

Ironically, one of those golfers John has helped over the years won the women’s championship at Glenview this year. Patti Claridge was on the teaching staff with him at Boonah in 1982 when John taught her the basics of the game and encouraged her to keep playing.

And while he may be relaxed these days about taking a back seat from competitive golf, that was not always the case. In 1972 he partnered a young Greg Norman in the national foursomes championship at Royal Hobart, and the Queensland pair finished third.

Norman, of course, went on to become the No.1 golfer in the world while John won championships at Boonah, Gailes and Caloundra, as well as Glenview.

“But I have absolutely no regrets,” he said.

“Golf has been good to me and I’m pleased now to be giving something back.”