He continues to fly under the radar. And seldom is he mentioned among the best players Australia has produced in recent years.

Yet John Senden is definitely a champion – and certainly one of our best of the past decade. 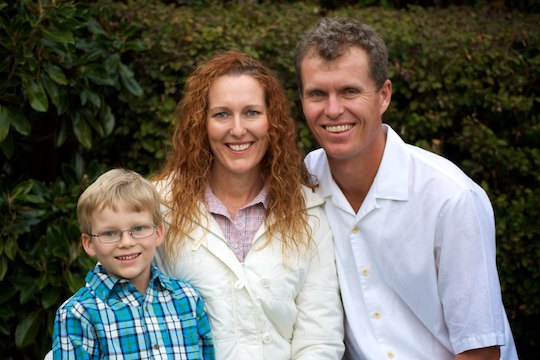 And yes, he may be capable of winning a major should the opportunity present itself.

The lanky Queenslander would be just as comfortable mustering cattle at his in-laws property if he wasn’t busily “rounding up” some of the best players in the world on the $280m US PGA Tour.

This unpretentious Brisbane boy has a swing many of those great players would die for.

His marvelous balance and tempo might see him play his way into the Presidents Cup before year’s end.

And the 40-year-old now feels he’s seasoned enough to add a major championship to his resume as well.

“When I won the John Deere Classic [on the PGA Tour] in 2006 it was like a huge weight had been lifted off my shoulders,” Senden told The Golfer Pacific.

“After that I began enjoying the Tour a lot more, just by being a tournament winner,” he said.

“That win made me feel as though I really belonged on the Tour.

“It was like stepping up to the next level.”

Senden says that after winning in the US he went back to Australia feeling proud of himself and with a definite spring in his step.

“I couldn’t wait to tee it up in the events back home,” he said.

“It had been a great learning curve for me knowing that I could win on the PGA Tour.

“It made me realise that I could cope with the pressure of competing alongside the best in the world – and when it mattered late on a Sunday afternoon.

“Then to come home and win our own national Open was like the icing on the cake.”

Fast-forward a few years – successful ones, albeit without winning and Senden admits he is probably fitter and stronger than he’s ever been.

“I haven’t been sick at all, so my body is really good,” he says.

“That’s been reflected in my scoring ability which was really good in 2009 and 2010, as well as this year.”

“But if I am to win a major championship, I need to get more experience competing in the majors.

“I need to get myself more into contention in regular Tour events, so that I am into all four majors.

“It’s that old saying that success breeds success, and getting into events like this year’s Presidents Cup is important to me because if I can’t achieve a two-year exemption in winning another tournament, I know that if I can also obtain that exemption by qualifying for the International Team.

“With the benefit of such an exemption, you can plan your season around the bigger events, the bigger world ranking tournaments, and of course, the majors.

“It also allows you the luxury of taking a few weeks off rather than having to travel to various Tour stops hoping that will be the week it all comes together.”

So where does Senden need to improve if he is to win again in the US, contend in a major and make a Presidents Cup team?

“I’ve always wanted to become a better chipper and putter,” he said.

“Don’t get me wrong, I am a better chipper and putter now when compared to 2006 when I won in the US and Australia – but you have to be so much better nowadays.

“If you study the short game and the putting of the best players in the world when they are at their best, players like Phil Mickelson and Tiger Woods, they’re scoring ability is brilliant.

“That’s what I need to have more belief in.

“When the ball is in the air I consider myself to be one of the best players in the world.

“But when it’s on the ground, I feel as though I’m just a pretty good player.

“The great players in this game, when the ball is on the ground, go on and become multiple tournament winners, and also win major championships.”

Senden and his family used to split their time between Brisbane and Dallas, Texas.

But with his son, Jacob now eight years old and at school, visits home to Queensland are becoming less frequent.

“He’s now in school and that means cutting back our trips home to about three weeks a year, and around July.

“Not that I’m complaining as my life off the golf course is very good as I’ve had so much great support from my wife, Jackie.

“That can only add to your on-course demeanour.

“So with Jackie, my mum and dad, coach Ian Triggs and caddy, Josh, I can say every aspect of my golf and family life are in good order.

“Saying that, it puts me in a good spot mentally because I can just go out and play golf. “That’s been showing up in my golf as I have been playing reasonably solid.”

Of course, Senden’s immediate goal is to become a multiple PGA Tour winner.

Add to that a start in November’s Presidents Cup under the International Team leadership of Norman his boyhood hero and Senden would be delighted.

Maybe then he could allow himself the luxury of becoming a major champion.

“It goes without saying that winning again is one of my uppermost goals because I so much want to get back into the winner’s circle again,” he said.

“But to get recognised out here you have to be a multiple winner.

“You have to contend in the majors.

“I would love to end my career having been a multiple Tour winner with the dream goal to be a major champion.”