Australia’s Greg Norman is recovering in a U.S. hospital after apparently almost cutting off his hand in a chainsaw mishap at home.

While more details will be sure to come in the days ahead, a sock and sorry former world No.1 posted a photo of himself on Instagram lying in a hospital with his left arm heavily bandaged. 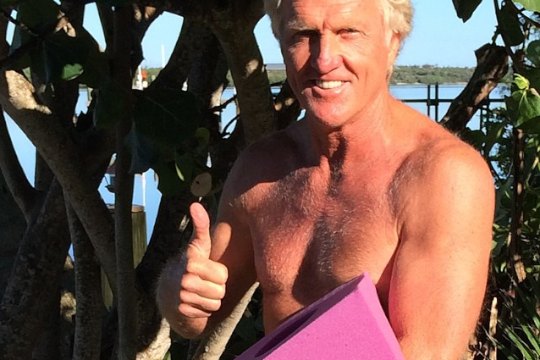 Norman, who has been celebrating the birth of his first grandchild recently, issued a warning alongside the photo and suggested he had gone close to severing his hand.

“Working with a chainsaw always be respectful of the unexpected. I was one lucky man today. Damaged, but not down & out. Still have left hand,” he wrote.

Norman just recently posted a photo of himself online using a chainsaw to cut back a small tree on one of his properties.

He then posted a follow-up photo on the weekend at the scene of the injury after being released from hospital with a large pink cast on his arm.

“Thank u all for your concern & good wishes. All well the morning after the accident. Here I am at the scene of the crime w/my new fashion statement!” he wrote.

Norman is one of the most successful golfers in history both on and off the course, winning two major titles at the British Open and holding the world number one position for 331 weeks.