Sinnott announces his move to the pro ranks

Todd Sinnott has turned professional after securing his PGA Tour of Australasia playing card with a second-placed finish at last week’s Q-School at Victoria Golf Club.

Sinnott, 22, first tournament as a professional will be the Victorian Open at 13th Beach starting 5 February which will see him with up to five starts locally before heading to Europe. 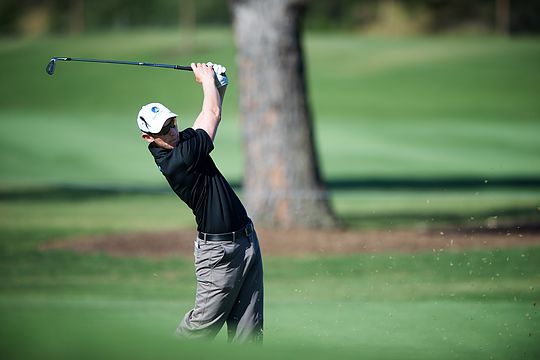 He then plans to spend part of winter in Europe, hoping for several starts on the European Tour’s secondary Challenge Tour as his foundation in his rookie year.

“I don’t have any winning tournament goals,” said Sinnott who left the amateur ranks as the world’s number 21.

“There are plenty of different pathways to get there and what I have to do is stick to my routines and improve my world ranking as much as possible.”

As an amateur Sinnott won the 2011 Dunes Medal, represented Australia at the Four Nations Cup and recorded a number of top-10 international results in the UK and USA.

Yet it was during this summer on the Australasian Tour after obtaining invites where Sinnott attracted attention where he lead at stages the Australian Masters and the Australian Open.

The decision by Sinnott to turn professional was not taken overnight and has been a work in progress for some time. Unlike others, Sinnott was guarded with the timing, knowing that he needed to be prepared before testing his game in the big time.

“I’ve been working on course management a lot and understanding my own game a lot better, so when you see it come together like that, I think it’s the right time.”

With a solid work ethic and preparedness to keep outside distractions away, Sinnott is an exciting prospect which adds to our ever expanding line-up of emerging professionals.