Smith wins PGA of America Player of the Year award

Lost in all of the news in recent weeks was the crowning of recent LIV Golf convert, Cameron Smith, as the PGA of America Player of the Year.

Ironically the Queenslander joins his new boss, Greg Norman, as the only other Australian to win the award. Norman won the title in 1995 amongst others including the Byron Nelson and Arnold Palmer Awards and the PGA Tour Player of the Year. 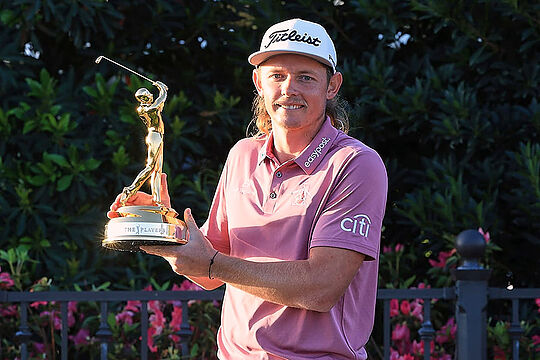 In March, Smith became the latest in a long line of Aussies to find success at The Players Championship (Credit: PGA Tour)

Smith finished on 96 points to narrowly edge out 2022 PGA Tour Player of the Year, Scottie Scheffler, on 94 points and well ahead of third-placed Rory McIlroy on 62 points.

The award caps a breakthrough year for Smith in which he won the Sentry Tournament of Champions, the Players Championship and his first-ever major at the Open Championship in July. His ascendency to World No.1 stopped short only by Scheffler, who claimed four titles this year including the Masters.