Spieth to be featured on iconic Wheaties cereal box

When you settle down for breakfast, pick up the cereal box and see yourself smiling back at you…well, you know you’ve arrived on this planet.

Such is the case for former world No 1 Jordan Spieth, who is the latest American sporting superstar to adorn a cereal box. 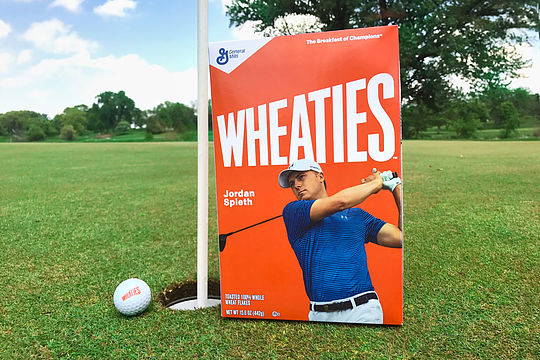 The popular Spieth has been added to the Wheaties box in the US as part of their ‘Breakfast of Champions’ campaign.

It’s a virtual who’s who of the US sporting world and others who have appeared on Wheaties boxes in the past, include sporting icons such as Mohammed Ali, Chris Evert, Michael Phelps, Greg Louganis, Edwin Moses, Janet Evans and others.

And to mark the 75th wedding anniversary of Wheaties, the cereal company gave the public the chance to vote for their favourite top 10 athletes and with the company re-issuing the original boxes of the winners of the poll.

Golfers to have appeared on the Wheaties box over the years include Tiger Woods, Jack Nicklaus, Arnold Palmer and Spieth’s fellow Texan Bryon Nelson.

“I’m going to be on the cover of four million Wheaties “Breakfast of Champions” boxes later this year which is really cool,” said Spieth.

“You grow up seeing your favourite athletes on these boxes and I used to walk down the aisle of the grocery store whenever my mum used to drag me along and always wanted to see who was on the cover.

“To actually be on one is a pretty special dream come true.”