Steve Stricker has been named the 2012 winner of the Payne Stewart Award and was honoured at a private reception at the TOUR Championship in Atlanta.

The Payne Stewart Award is presented annually to a player sharing Stewart’s respect for the traditions of the game, his commitment to upholding the game’s heritage of charitable support and his professional and meticulous presentation of himself and the sport through his dress and conduct. 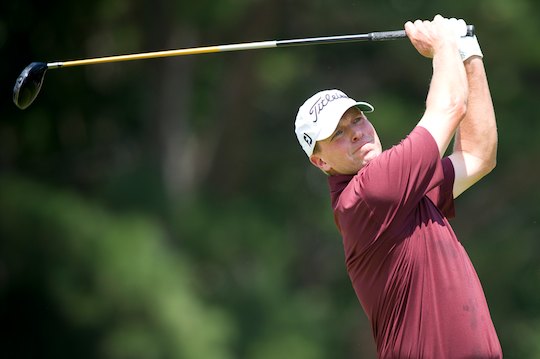 Stewart was an 11-time winner on the PGA TOUR and World Golf Hall of Fame member who died tragically the week of the TOUR Championship in 1999.

“This award means a great deal to the players on the PGA TOUR and I am truly grateful to be the recipient of the Payne Stewart Award,” said Stricker.

“I was fortunate enough to spend time with and compete against Payne, and I watched how he handled himself on the course, with his fellow competitors, with the fans and volunteers.”

Stricker, 45, has won nine of his 12 PGA Tour titles since turning 40 after returning from a debilitating slump between the 2003-05 seasons.

Since then, he has been a model of consistency and enjoyed multiple victory seasons from 2009 – 2011 and started the 2012 season with a win at the Hyundai Tournament of Champions.

Stricker has played for the U.S. in two Ryder Cup and four Presidents Cups and will again be a part of the U.S. Ryder Cup Team this week in Chicago.