Surprise hit Leishman Lager may be heading our way

It all began as an idea to raise money for charity.

Now it appears that a beer named after Australian golfer Marc Leishman has been such a hit in the US that Leishman is looking at making it available in Australia. 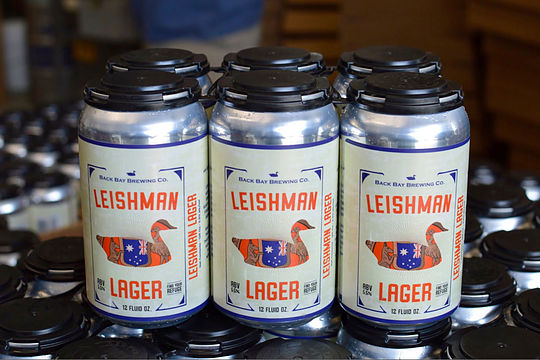 While Leishman concedes Leishman Lager may have to be brewed in Melbourne if it is eventually sold ‘Down Under’, the Warrnambool golfer cannot believe what a success it has been at his adopted US home of Virginia Beach.

Three years ago, the Aussie combined with Back Bay Brewery to create Leishman Lager especially for the Begin Again Foundation that he and his wife Audrey started up when she recovered from a life-threatening bout with toxic shock syndrome, sepsis and acute respiratory syndrome.

Originally it was to be a one-month limited release.

But it’s been such a hit that it remains a year-round feature at the Virginia Beach brewery…the town where Audrey grew up.

It can be bought in grocery stores and ordered in about 100 local restaurants, bars and golf clubs in the area, with a portion of proceeds going to the foundation.

“We went to them and then it just blew up,” said Leishman.

“It proved a lot more popular than they thought it was going to be. And now it’s one of their best-selling beers.”

While Leishman says he’ll occasionally order wine with a thick, juicy steak, beer is his beverage of choice.

“I really do like it,” explained the four-time PGA Tour winner.

“I’m not smart enough to know what I want to put in beers and all that to make it taste a certain way. So, I left that to the brewers, but I did put the hops in the first batch. Apart from that, I leave it up to them.”

“We’ve tweaked it a little bit here and there but for the most part, it’s pretty similar to how it was the first batch.”