Texas-based Aussie Steven Bowditch could be facing a goal sentence after being arrested for “Extreme Driving Under the Influence” by Scottsdale Police early on Friday morning (US time).

The incident unfolded at approximately 1:10 a.m. after a motorist had called police to report a white Ford pickup truck swerving all over the road. 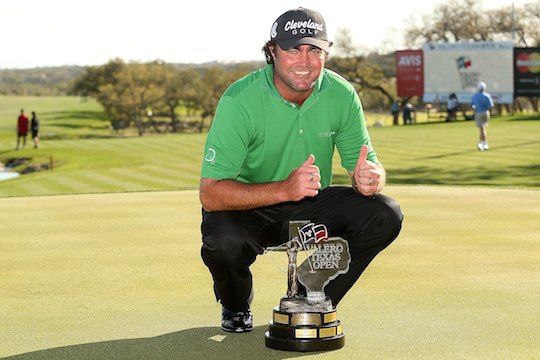 A short time after, a Scottsdale officer found the pickup at the intersection of Scottsdale Road and Lincoln.

According to police, the vehicle, a Waste Management Phoenix Open courtesy car provided by the tournament, its engine running, sat through two green traffic signals without moving.

The officer had to wake the 33-year-old Bowditch, who was removed from the pickup and later arrested with a blood alcohol content over 0.20, well above Arizona’s limit of .08.

An Extreme DUI, according to the Arizona Department of Motor Vehicles, is classified as driving with a BAC of 0.15 or higher. Penalties for a first offence for extreme DUI may include 30 days in jail and a fine of at least $2,500.

Bowditch, a two-time winner on the PGA Tour who lives in Flower Mound, Texas, competing at TPC Scottsdale, was bailed out of the Scottsdale City Jail later in the morning.

He then played in the second round Friday afternoon, shooting a second straight 74 at TPC Scottsdale to miss the cut.

Bowditch declined requests by reporters to comment on the incident ahead of meeting with PGA Tour officials for more than an hour ahead of the release of a statement:

“I would like to apologise to my family, friends and supporters, as well as the PGA Tour and Waste Management Phoenix Open for the incident reported today,” he said.

“As I intend to fully cooperate with the authorities, I will not be making further comment at this stage.”

The PGA Tour had no further comment as well.