He famously once had the temerity to criticise Tiger Woods.

Now Golf Channel analyst has earned the ire of world No 3 Brooks Koepka by suggesting the three-time major champion does not have the game to challenge Woods at his best. 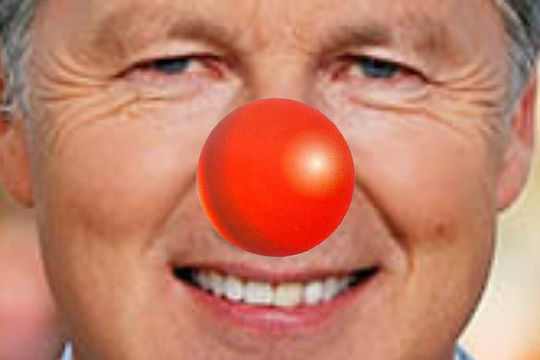 Indeed Chamblee said only Dustin Johnson or Rory McIlroy could match it with Woods as the best player in the world.

While he tried to ignore some comments suggesting he didn’t have the game to win at Augusta National, it seems the debate has continued and Koepka has countered by publishing a photo of Chamblee wearing a clown nose.

Chamblee then felt he should defend his reasons for saying Koepka could not win the Masters.

He claimed he had made the statement because of Koepka’s “inability to move the ball right to left” and his “poor lag putting”, even though some golf fans believed that the 29-year-old had proved Chamblee wrong with his runner-up finish to Woods at the Masters.

“He made a double bogey on the second hole because he missed it left,” said Chamblee.

“That happens when you can’t comfortably swing it out and draw it around the corner.”

“I said that his poor lag putting on the year would be an issue at Augusta National…and he three-putted five times.”

“You know, you win and lose for reasons.”

“It’s not to say Brooks Koepka isn’t a hell of a player, and he may grow into an even better player.”

“Most recently I just omitted him as a player who I thought could challenge for the best player, of Tiger Woods, and I said Dustin Johnson and Rory McIlroy were more in line with those players.”

“I chose those players for very specific reasons.”

“Would I put him right there behind those players? Absolutely. Brooks is an amazing player, he’s just not in the class of the other players that I’ve mentioned.”

“He certainly wasn’t putting a clown nose on my face when I was lauding him all these years.”