The mysterious absence of Anthony Kim

Most golfers would move Heaven and plenty of divots from Earth to have one-tenth of the talent of American professional Anthony Kim.

Yet it appears that extraordinary talent may never realise its full potential with Kim now ‘AWOL’ from the tour for more than two years. 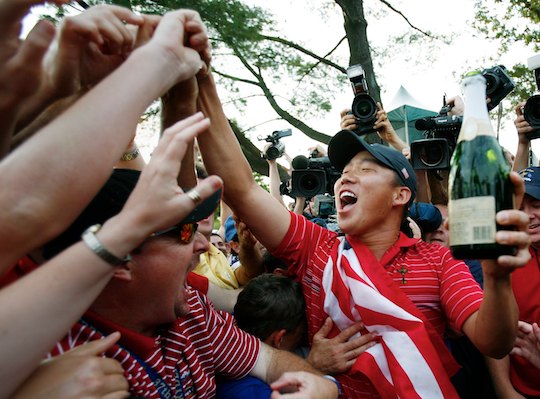 When Kim burst onto the scene he scaled the world golf rankings with amazing speed and application.

They say he was the toast of the US team when he walloped Spanish star Sergio Garcia in the Ryder Cup in 2008.

He was also a cornerstone of the US success the following year when he took down a then in-form Robert Allenby at the Presidents Cup in winning three of his four matches.

A third to Phil Mickelson in the US Masters in 2010 seemed to signal that a major championship success must surely be there for the taking….and then he vanished!

Kim has barely been seen on a golf course since then and a string of injuries was initially been blamed for that absence.

There have even be rumours that a giant insurance payout could be at risk if he does return to the US Tour. There were suggestions it could be as much as $20m and that would be declared null and void if he played.

Yet Kim’s close friend on the Tour, Colt Knost suggests that theory is ‘bunkum’.

“To say that he won’t come back because of money, that doesn’t ring true to me because he’s the most competitive kid I know,” says Knost.

“I can’t imagine that’s what he’s thinking, unless something’s changed and he doesn’t want to play anymore.”