Hot on the heels of the USGA announcing a ten-year agreement with the Fox Sports network to cover the U.S. Open from 2015, Greg Norman has confirmed he has been offered the lead analyst’s job.

“(Fellow Australian) David Hill has reached out to me, we have spoken and yes, they have offered me the job,” Norman confirmed. 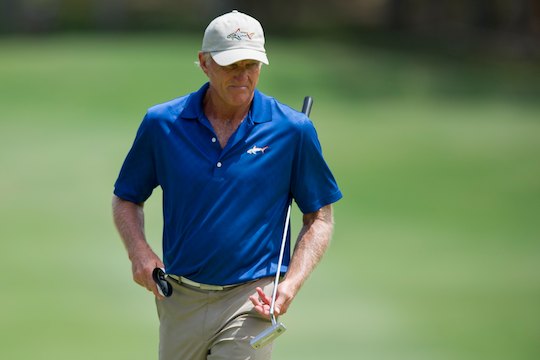 “I am flattered to have been asked and I look forward to having discussions with my good friend (Hill) in the very near future.”

Almost twenty years ago, Norman and Fox had negotiated a deal to broadcast his concept of a World Tour, which was eventually scuttled by PGA Tour commissioner Tim Finchem in a move that still irks with Norman.

Norman would be as insightful on the game from the broadcast booth as he is forthright, having been vocal with his opinions on all manner of subjects and individuals from before he climbed to the top of world rankings during his playing career to the present.

To that end, comparisons on his style are already being made with that of veteran analyst Johnny Miller, who will relinquish the role when the NBC contract with the USGA expires in 2014.